Edinburgh (28 August 2018): At around 5am this morning Guru Nanak Gurdwara in Edinburgh was subject to a petrol bomb attack.

Whilst no-one was injured the fire caused extensive smoke damage to the Gurdwara building.

Thankfully the Guru Granth Sahib Ji, the holy Sikh scriptures or the living Guru of the Sikhs was not damaged. 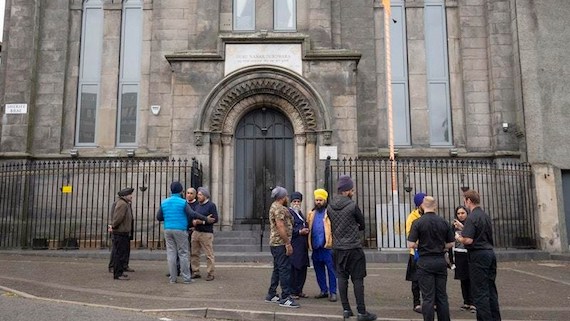 Detectives believe the attack was deliberate and a hate crime, although local Sikhs have an excellent relationship with other communities. 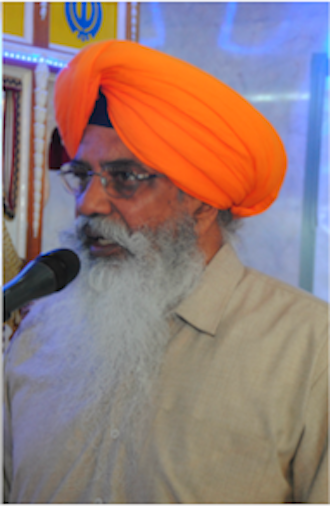 Bhai Narinderjit Singh, the General Secretary of the Sikh Federation (UK) said: “This is not the first arson attack on a Gurdwara. They often come in the aftermath of a terror attack and in what has popularly become known as ‘mistaken identity’ as Sikhs have never been involved in terror attacks.”

“The police and other authorities must take these arson attacks seriously as they are designed to cause injury and possible death.”

“The perpetrators must be found and prosecuted.”

“The First Minister, Nicola Sturgeon has called the attack appalling and said she stands in solidarity with the wonderful and valued Sikh community that has her support.”

“Richard Leonard, the leader for Scottish Labour has called the attack a ‘deplorable act of violence against Edinburgh’s Sikh community’, but the Conservatives North and South of the border appear to have been silent.”

“Sajid Javid, the Home Secretary and James Brokenshire the Communities Secretary have also said nothing. Even Lord Bourne the junior minister responsible for faith communities has had his lips sealed.”

“The Hate Crime Action Plan focused on religious communities and was published by the government more than two years ago in July 2016 after the Brexit vote. This was issued jointly by the then Home Secretary, Amber Rudd and the then Communities Secretary, Sajid Javid, who completely overlooked the existence of the Sikh community and hate crimes we have faced. It focused largely on Islamophobia and Antisemitism.”

“We have had excuse after excuse by the Conservative government for the oversight and been promised an updated plan. We are still waiting two years later. In the meantime Sikhs and our religious institutions continue to be attacked.”