Chandigarh: Maharaja Dulip Singh was the last ruler of Sikh Empire Raj—which represents a glorious period of Self-Rule in Punjab after a long 800 years sway of marauding invaders—was treacherously and forcibly removed from his throne in the fort of Lahore.

The East India Company, then, lowered the flag of the Sikh Khalsa to be replaced and the British colors at the gatehouse of fort on March 29 th  1849. Ten-year- old Maharaja was made to sign a document, later known as the ‘Treaty of Lahore’. As consequent of that, the company took over the Khalsa Raj.

He was then taken away from Punjab to Fatehgarh in UP, converted to Christianity and later shifted to London where he was induced to hand over to Queen Victoria not just Punjab, the Khalsa Raj but also celebrated Koh-i- Noor or Mountain of Light. 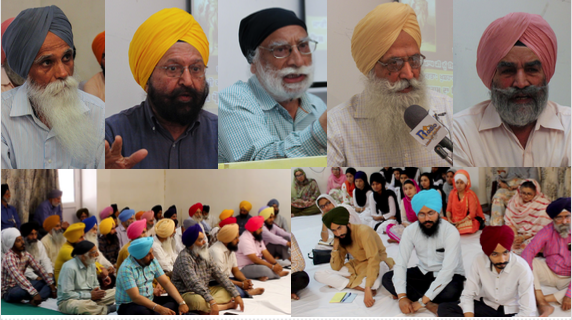 The exiled sovereign Sikh king settled at the Elveden Estate in Soffolk. Later, he turned rebellious, re-embraced the Sikh faith and announced his intention to return to his beloved land to regain his lost Sikh kingdom. He set sail for Punjab on 3 rd  March 1886 but was intercepted and forced to return back to Europe. He died on October 22nd  1893 whilst still engaged in struggle to reclaim his throne.

In order to perform his last rites as per Sikh Maryada, last Friday a convention was organised at Sri Guru Granth Sahib Bhawan, Chandigarh jointly by Kendri Sri Guru Singh Sabha and Maharaja Duleep Singh Centenary Trust ,UK Sikh thinkers and intellectuals resolved that the “last rites” which was also the “last wish” of Maharaja Duleep Singh, who was “swindled out of the Sikh empire and duped into Christianity” by the British, be performed as per the Sikh maryada he belonged to.

The Maharaja died 120 years ago and his remains lie buried in Elveden in England. The Sikh assembly also resolved to commemorate the 125 th  death anniversary of the Maharaja falling this year. Also decided to mobilise resources for constructing a “befitting memorial” to the Maharaja in Punjab.

The Maharaja Duleep Singh Centenary Trust, established in 1993, already commissioned a life-size bronze statue of the Maharaja in Thetford, UK which was unveiled by the Prince of Wales on July 29th  1999.