New Delhi: Counting of votes for the Gujarat and Himachal Pradesh Assembly election results have begun at 8 AM. Both the BJP and the Congress party would be competing against each other to retain power in the respective states. After an hour and a half both the Congress and the BJP can be seen competing neck to neck. 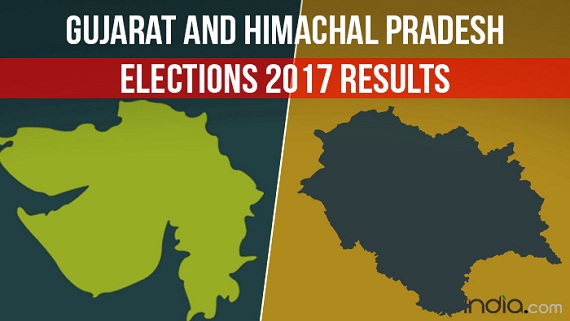 At 9 30 am, the Congress was leading in 90 seats while the BJP was at 88. If one were to go by the exit-polls analysis, the BJP was expected to retain Gujarat and also win Himachal Pradesh, that is currently governed by the Congress Party, media reports said.

It is reported by the media sources that, as far as Gujarat election results are concerned the patidhar cast that constitutes around 12 percent of vote share and other backward castes having huge chunk of vote share would be a game changer for either of the party. The Congress is hoping to cash-in on the anti-BJP sentiment in the community but it is to be seen if the vote does indeed go to the Congress. The other community that has been up against the ruling BJP is that of traders following the implementation of GST. These voters, too, have expressed their dismay at the state government.

In Himachal Pradesh where the government alternates between the Congress and the BJP, four of the five exit-polls predict a win for the BJP. Six-time Chief Minister Virbhadra Singh has campaigned extensively in the state without much backing from the top leadership of the party. The BJP, during its campaign, announced Prem Kumar Dhumal as its chief ministerial candidate – a move that has given it a slight edge, notes the Indian Express (IE).