CPN-UML Names Oli as Nepal’s Next Prime Minister; Considered to be Pro-China

Nepal: The two communist parties holding near two-thirds seats in federal parliament and six of the seven provincial assemblies — the CPN-UML and CPN (Maoist Center) — have struck a deal to rotate leadership of the soon to-be-unified party and the next government, notes a report in My Republica. 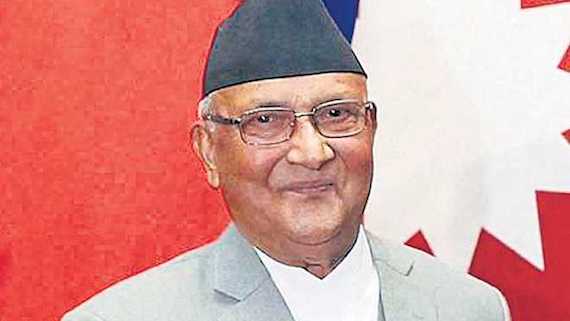 Media reports say that [a]s per the understanding, KP Oli, chairman of the UML, will head the government for the first three years, while Maoist Center Chairman Pushpa Kamal Dahal would lead the party. Similarly, Oli will act as the executive head of the party during the last two years when Dahal will be heading the government.

“The meeting, however, ended late in the evening without a written agreement on the proposed unification citing ‘time constraints’. But leaders said that the meeting was successful to sort out 95 percent of issues pertaining to unification and power-sharing for the federal government”, notes My Republica.

“More than 95 percent of issues have been settled. We could not draft a final agreement as some issues remain to be settled. The meeting will continue tomorrow [Thursday],” UML Vice-chairman Bamdev Gautam reportedly said.