Mohali/SAS Nagar: A CBI special court of Judge Nirbhow Singh Gill has convicted two Punjab police officers for their role in the abduction and disappearance of Gurinder Singh in 1993.

This was the second of two cases in which the same police officer Inspector Joginder Singh had earlier been convicted for the abduction and kidnapping of of the victim’s brother Balwinder Singh in 2013. 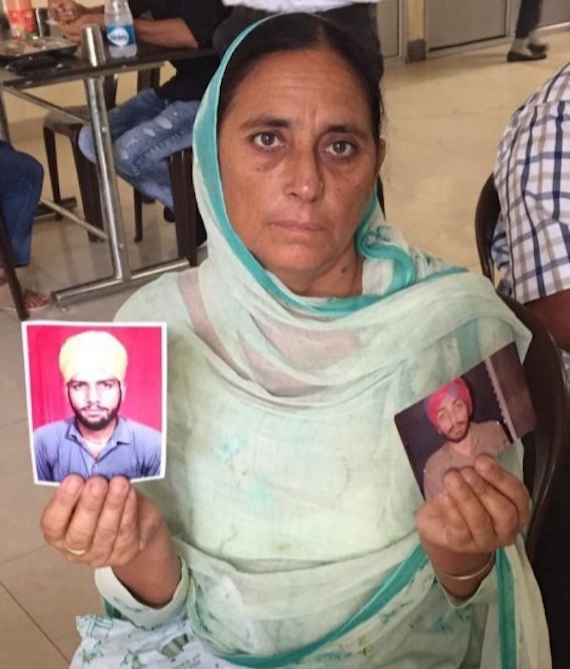 The sole surviving member of the family Nirmal Kaur, the sister-in-law of Gurinder Singh and wife of Balwinder Singh is shattered by the verdict. “We will be appealing this decision in the Punjab & Haryana High Court. How can the same police officer responsible for the abduction and killing of two members of my family, who have not been seen or heard from since 1993 (26 years) be given a sentence of only six years and for a much lesser charge, when the CBI had proved that these were cases of abduction and murder. The other officer just got probation. The Judge declined to award compensation. This is a mockery.” In both cases, the concocted story of them having “escaped” was disproved.

The verdict is the latest struggle of Nirmal Kaur. Her father-in-law, Dharam Singh, had died waiting for justice in the two and half decades it took the court to reach this verdict and had desperately written to the President of India in 2007. “My mother-in-law, Charan Kaur passed away three months ago. Both had agonisingly waited for justice to be done in this case. Even now our hopes have been cruelly dashed,” she said.

Nirmal Kaur’s long and torturous battle for justice continues. “They should get the sentence they deserve and suffer the way I have for the last 26 years”. These offences were committed during the counter-insurgency period in which gross human rights abuses were committed by the Punjab police and security services.

“Life sentences could have been awarded under section 364 (abduction with intent to murder) however the Judge convicted under the lesser section of abduction and kidnapping. These are actually enforced disappearance cases which are classed as crimes against humanity under international law and amongst the most serious and heinous of crimes committed by law enforcement officials. Of course we will be appealing this to the High Court and expect the CBI to do the same ” said Satnam Singh Bains, advocate for the family.