Questioning the timing of seeking performance report from the party MPs by Sanjay Singh, AAP MP Dr Dharamvira Gandhi said it was a pressure tactic by the leadership to stifle the voice of certain party MPs against the newly raised organisational structure in the state.

The party high command has sought a report on work done in the past year by all its MPs — Dr Gandhi, Harvinder Singh Khalsa, Prof Sadhu Singh and Bhagwant Mann. 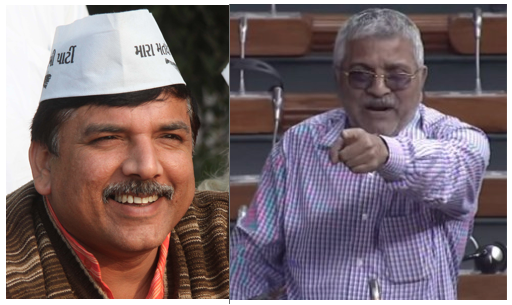 The MPs have earlier raised their voice against the newly created organisational set-up in the state. They had even held a meeting in Patiala to chalk out their strategy on the matter some days ago.

Dr Gandhi said the report card from party MPs had been sought immediately after three MPs raised questions on the induction of certain leaders in the new party structure announced without taking them into confidence.

“We were not consulted while making important appointments in the party structure in our constituencies,” Dr Gandhi said. He blamed state party convener Sucha Singh Chhotepur for the crisis. “All these developments are in the knowledge of Arvind Kejriwal. In fact, all this is being done with his consent,” said Dr Gandhi, who had raised voice against the functioning of the party high command on several occasions.

Harvinder Singh Khalsa, AAP MP from Fatehgarh Sahib, too has described the seeking of performance report as a “Gestapo act” by the party. Durgesh Pathak, a Kejriwal confidant, claimed the MPs were consulted while restructuring party set-up. “Sadhu Singh along with other leaders attended a meeting of the state committee on June 24 where he was briefed about the new set-up,” he said. Durgesh was deputed by Kejriwal to raise the party structure from the booth to top level in the state.