Amritsar: The SGPC appointed acting Jathedar and his staff at Akal Takht Sahib released a document titled “Contemporary Sikh Concerns and Priorities” (CSCP) that outlined Policy Directions and Institution building for the Sikhs on June 3rd 2021 to a large chosen batch. 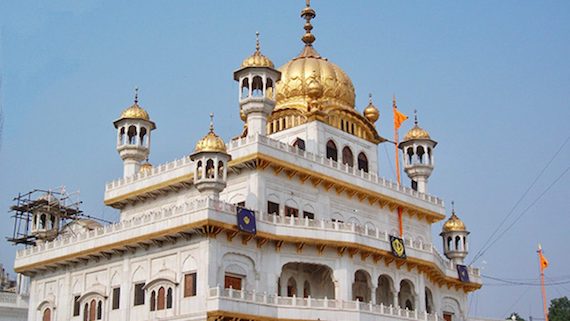 Free Akal Takht initiative has responded to this documents. A sewadar of Free AKal Takht initiative told Sikh Siyasat News (SSN) that [a]fter thoroughly reviewing (CSCP) we drafted a response to take this to the next level and keep this work going.

The “Contemporary Sikh Concerns and Priorities” (CSCP) document by Akal Takht Sahib is a welcomed step toward policy and institution development. Engaging in political-spiritual policy development and implementation based on the Guru’s teachings is essential to the practice of Miri-Piri. The intellectual prowess vested in the Khalsa, by the Guru’s grace, has another moment to offer suggestions. It is a welcomed initiative by Shiromani Gurdwara Parbandhak Committee (SGPC) appointed acting Jathedar at the Akal Takht Sahib. The CSCP document is an important deliberation starter for the Khalsa and therefore is a huge milestone that may live as a legend in the hallowed halls of the Panth’s history.

That being said, the main Sikh concerns that need to be solved before policy and institution development, are not addressed. The document Akal Takht Sahib has published is equivalent to reaching for the fourth step in a stairwell when steps one through three are missing. The foundation is missing and if one tries to put their foot on it to climb, the stairwell will inevitably collapse. In recent history the Khalsa has never had an issue starting projects, organizations, or creating policies/directives to handle specific tasks when it is the need of the hour. Similar efforts have been initiated by Akal Takht Sahib since the 1990s, with good intentions, but they all ultimately failed because every effort incorrectly starts on project and policy directives (even if they are good) and never processes or governance. Without process there is a lack of accessibility, trust, and buy-in from the Khalsa collective. Additional side effects of no process are: compromising Gurmat (Sikh values), reduced thought development capability, no legitimacy on the world stage, no accountability, and inability to harness potential. The CSCP document is also not immune to any of the aforementioned side effects. Therefore, the central problem facing the Panth today is the lack of process and governance in developing and creating policies as well as institutions and projects that can uphold Sikh sovereignty in all spheres of life.

The policy stances of the Khalsa cannot be unilaterally created without approval of the Khalsa collective. The Khalsa must not be reduced to a few elected or selected individuals in privileged positions with an amplified voice to make decisions that affect the entire Sikh Nation. Akal Takht Sahib is the supreme authority of the Sikhs and the seat of Guru Panth but only if Guru Panth can exercise its ability to make decisions as a whole. This is not a unique problem for the Khalsa. All established peoples and nations in history have developed the process for deliberation, decision making, and governance through systems like: Naachid (Navajo Nation), Loya Jirga (Afghanistan, Pashtan people), Papal Conclave & Apostolic Constitution (Vatican, Catholicism), The Lögrétta of Alþingi (Iceland), Halakhic process (Israel, Judaism), Ijtihad (Islamic States, Sharia Law), “Rules and Tradition of Parliament” (United Kingdom), “Rules and Administration” Congress and Senate (United States of America), etc. The decision making process for the Khalsa is the unique institution of Sarbat Khalsa. Akal Takht Sahib’s action must be based on the Gurmata issued by Sarbat Khalsa. In the absence of Sarbat Khalsa it must be the number one priority for all, who through Hukam, have the power to support the re-establishment of our unique sovereign deliberation and decision making body for our governance in modern times.

Many notions need deliberations to fully conceive a governance system. Towards that, in current asks of the CSCP document, these are our suggested steps in order to reach the goal of policy and institution development:

Lastly, the Sikhs today are a stateless Nation, but still need to function. The current technology (self sovereign digital technology) offers us the ability to adapt to our current status. Akal Takht Sahib needs to function with or without statehood; the same goes for the Sarbat Khalsa.

May the ‘Rider of the Blue Steed’ help us!