Chandigarh: Cyclone Fani, the first major storm hitting eastern parts of the Indian subcontinent in the last 43 years, had a devastating impact on the state of Odisha earlier this month. With winds at 200 kilometers an hour, the region is still coming to realize the extent of damage and the storm’s lingering effects. While the government was able to evacuate approximately 1.2 million residents prior to the storm, there are still millions who remain without water and power.

Odisha now bears the burden of damaged houses, loss of power, access to water, fallen trees and extensive debris. As the assessment of the damages to the region begins, the government begins the tedious process of evaluating the loss of basic necessities to the people of Odisha. 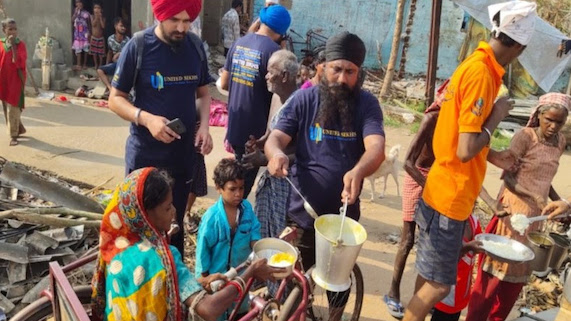 A Sikh NGO called United Sikhs said that “considering the death toll of approximately 77, it is imperative to support the population in Puri, a major city situated on the Bay of Bengal which bore the brunt of Cyclone Fani, and ensure that they are safe and emergency services are provided”.

“Since the initial hit of Cyclone Fani, United Sikh has been providing aid by distributing food and providing emergency relief in Puri. Our Emergency Response Team has been able to feed thousands of people in need who are currently without shelter, power, food and water. The United Sikhs relief camp is setup at a nearby Gurdwara Aarti Sahib in Puri”, reads a community update by US based NGO. 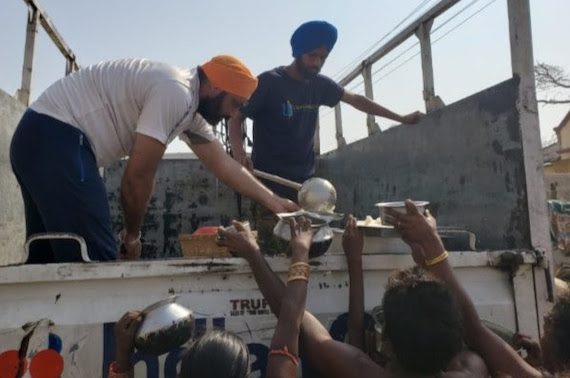 As per the Untied Sikhs “[m]ore than 2000 families are being served with ready to eat hot meals on a daily basis. While the government has begun the process of rebuilding the electricity infrastructure, it will be long and drawn out process”.

“In the interim, United Sikhs has provided solar charging lights to the impacted families. Parminder Singh, when surveying the damage, stated, “We have been able to visit local shelters and camps nearby to distribute Langar to people who were able to evacuate and are staying in local shelters. The rehabilitation of the Odisha region will be an ongoing process. While the assessment of damages is now beginning, United Sikhs will continue to distribute emergency relief to provide life saving assistance to the people of Odisha”, the statement reads further.

Jasmeet Singh, Sikh Aid Director India, said, “The people of Odisha will continue to need support and aid for the long term. It is vital that we are able to support them in this hour of need. In the coming days there is a need for materials to cover their roofs and the subsidies will not be sufficient. With a month left for the Southwest monsoon to hit Odisha, this situation can worsen. The state government has begun a door-to-door survey but it’s a race against time with power outages.”