Amritsar, Punjab: In a bid to revive the dying hopes for justice, the Dal Khalsa has decided to organize assembly of family members whose near and dear ones were disappeared in police custody or killed in fake encounter by security forces during the heydays of armed struggle in Punjab.

Taking a cue from the message of United Nations secretary general Ban ki Moon in which he stated that the enforced disappearance of individuals by States constitutes an unacceptable violation of human rights, the Sikh organization has resolved to hold a public gathering on Dec 10 on the occasion of 66th World Human Rights Day. Dal Khalsa’s programme has a support of Damdami Taksal, Sikhs for Human Rights and SGPC member Karnail Singh Panjoli. 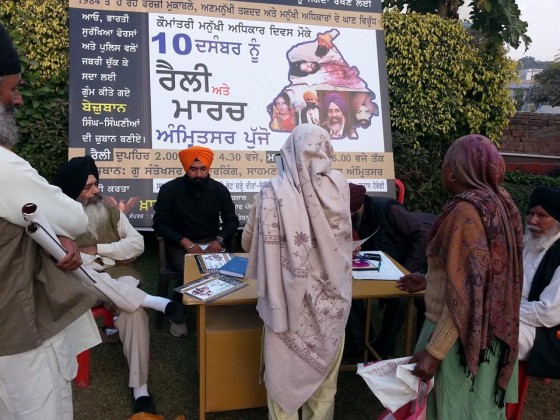 Briefing the media after meeting family members of victims of state repression, party’s spokesperson Kanwar Pal Singh said representatives of various human rights bodies besides, Sikh socio-political groups and Sikh intellectual forums would participate in the deliberations pertaining to rights issues. He said the issue of prisoners’ rights, custodial deaths, torture, involuntary disappearances and violations of rights of political dissenters and denial of civil liberties of common citizens would also come in for discussion.

He said the agony, pain and cries of a large number of families whose children were illegal abducted, tortured and subsequently extra-judicially eliminated would share their agony and pain and dying hopes for justice.

Explaining the rationale behind the rally, he said it’s an attempt to make the victims’ visible with a hope that their pain, anguish and wait for justice will be acknowledged and the violators punished. 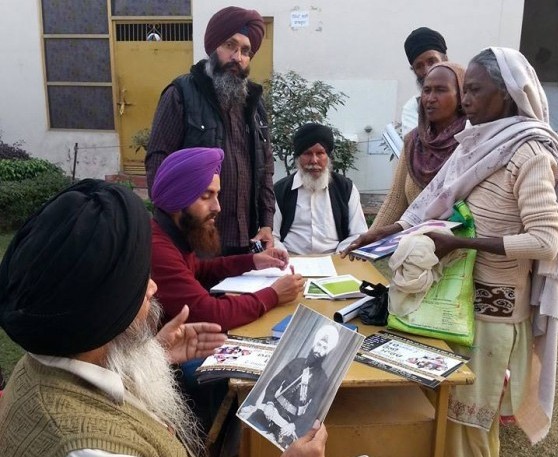 He alleged that “custodians of law” violated the very law and indulged in summarily executions in staged “encounter”. Countless civilians and suspected militants disappeared while in police custody. “We believe that these abuses were not random but have been carried out as a matter of state policy”.

He said at the conclusion of the rally, a candle light vigil would be organized on the streets of the city and ardas would be performed in the memory of victims of “state repression” at Akal Takht.