Amritsar: In an attempt to nip the drug menace in the bud, the Dal Khalsa urged the members of panchayat of every village to pass a resolution for social boycott of those political persons who were involved in the distribution of drugs during elections to woo voters beside those who are into drug trade.
The appeal was made during the monthly meeting of the organization held at party office to discuss the sad plight of the state vis-à-vis drug abuse.

The meeting was also of the strong belief that the intensification of drug menace and vulgarity in culture was larger part of the state’s design to weaken the spirit of Punjab’s youth. 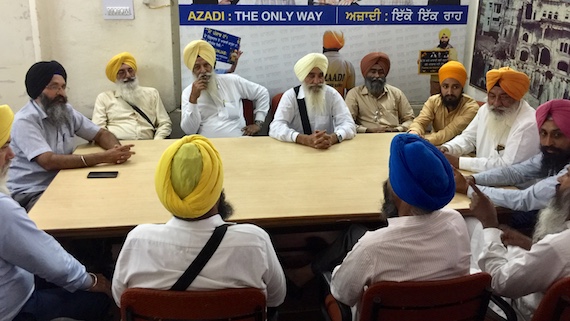 In the wake of public outcry, the steps taken by the Amarinder Singh-led Congress government to curb drug menace were more of populist than practical, said party’s organizing secretary Ranbir Singh, who chaired the meet.

Opposing the capital punishment in principle, the Dal Khalsa said the decision of the Punjab cabinet to recommend death penalty for drug peddlers won’t yield required results as it hasn’t been deterrent for any crime including terror. The organization is of the considered view that capital punishment should be fully abolished from statute.

Referring to sudden increase in deaths of addicts due to drug overdoses, he said, the gathering said until political-police-smuggler dirty nexus was not broken, the drug problem won’t end.

Replacing a tainted officer Raj Jit Singh with another tainted cop Kamaljeet Singh as SSP Moga shows state’s bankruptcy of clean image cops in police department. “Until there was radical overhauling of the police set-up with tainted cops shunted out, nothing would change”.