Jalandhar: By allowing agencies to snoop into computers of citizens, the Narendra Modi Government is trying to strengthen the India as a police state.

Party Spokesman Kanwarpal Singh said by taking this route the Government is trying to legalised the illegal acts of it’s agencies, which they are carrying out since long with impunity. There’s testing time for Indian judiciary whether it will take suo motto notice or not.

Terming the move as infringement of the right to privacy, he said the government wants to snoop into the personal lives of people, which is totally unacceptable. 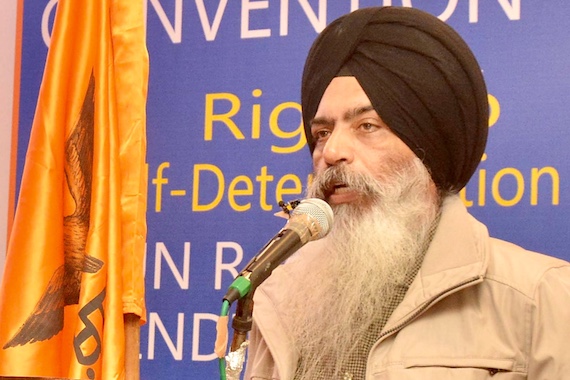 Monitoring of phones, internet or physical surveillance of citizens by agencies is a common knowledge. We are already living in dangerous times when our lives are at the mercy of security and police establishment. However by officially making it legal, the government wants to snatch the right of the people to protest or move to Court of law against governments injustices.

He said the government is hell bent to strengthen the centralized structure of the country’s polity leaving no room for provincial governments to have any independent say in legislations concerning their citizens. Those parties, which are votary of federalism should read the writings on the wall.

Dal Khalsa leader said under Indian government pressure the Twitter has sent legal note regarding our twitter account @dal_khalsa (Dal Khalsa) alleging that our tweets are in violation of Indian laws.

In response to Twitter correspondence, we have asked Twitter to inform us as to which of our tweets are a violation as we stand firm that nothing is unlawful or objectionable in our tweets.