Amritsar: Dal Khalsa today joins issue with President of the country Pranab Mukherjee on his viewpoint that the army assault against Darbar Sahib codenamed “Operation Blue Star” in June 1984 was unavoidable.

Party spokesperson Kanwar Pal Singh said for the first time a person (Pranab Mukherjee), has admitted that the decision to storm Darbar Sahib was of the Cabinet Committee on Political Affairs (CCPA) to which he himself was member and that the decision was right even today.

Notably, the president in his memoir ‘The Turbulent Years’ has written that the Prime Minister, Home Minister P.V. Narasimha Rao, Defence Minister R Venkatraman, Energy Minister P. Shiv Shankar beside he took the decision to send the army to storm the Darbar Sahib. 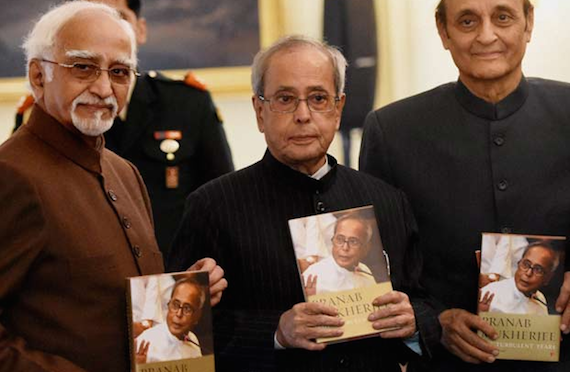 He said with the admission of Shri Mukherjee, at least all claims and talks has been turned out to be a farce that the country’s leadership including the Congress has expressed regret over the army attack. He further said it’s an eye-opener for all those including Captain Amrinder Singh who been advising the Sikh community to forget and forgive the perpetrators. He said the post 1984 developments had made amply clear that the assault was planned at highest level of the country not to flush out militants but to teach the Sikhs a bitter lesson for picking up fight against the Indian might and that the country’s establishment and political leadership whether it’s with Congress or the BJP has no regret over it.

He nailed the claims of the president that the situation went uncontrolled that led to the “operation”. He said its well on record that in Feb that year the Indira led Indian government sought help and advice from the British government on the matter.

Dal Khalsa leader said the President’s knowledge about the Anandpur Sahib Resolution 1973 was far from truth and facts and that there was only one resolution adopted by Akali Dal that advocated true federal structure of polity in the country. Contrary to the president’s claim, the resolution never sought Khalistan nor its demands were out of the purview of the Indian Constitution.

However, the Dal Khalsa leader was highly sceptical about the role of the present chief minister Parkash Singh Badal. Whether Badal was acquiesced with the Central government in planning the operation was still under scanner even after 32 years of the painful event. It’s high time that “Badal himself must come clean as to why he was called alone and secretively to Delhi on March 28 and what parleys did the Indian state holds with him over there”, he asked.