Amritsar: Dal Khalsa leader Kanwar Pal Singh was released from central jail yesterday on bail. He was arrested on August 6 during the crackdown on political activists including sangarsh committee members supporting Bapu Surat Singh Khalsa who is on hunger strike since Jan 16 seeking release of detainees who have served maximum prison sentence. 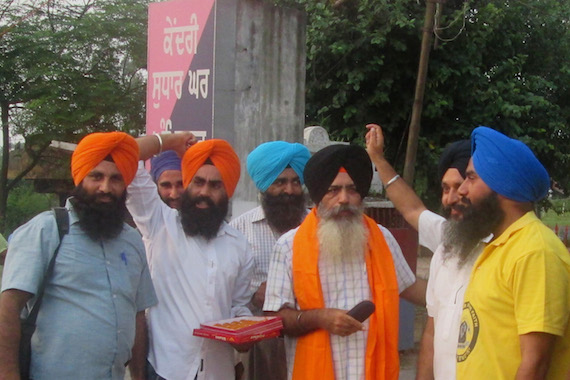 Several party activists including Sarbjit SIngh Ghuman, Ranbir Singh were present on the gate of jail to receive their leader.

On his release, Kanwar Pal Singh said that ironically,his detention was not required by law but by rulers, who were insincere towards the cause of Sikh detainees. He said Punjab was not governed by rule of law but law of rulers. He said his 12 day detention was illegal.