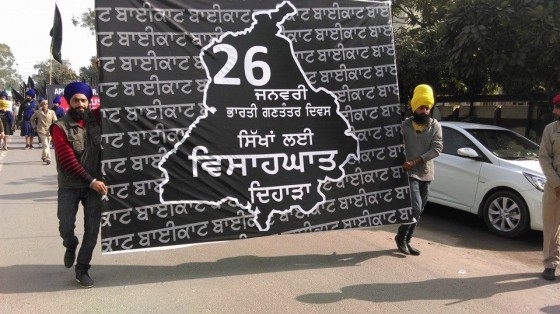 The Sikh nationalist group appealed to visiting US president Mr Barack Obama to discuss Human Rights violation cases with Indian government. “We request Mr Obama not to sideline human rights for commercial interests”. ‘Sidelining human rights and political rights for commercial interests is a major cause of concern not only for Sikhs but all nationalities that once banked upon the support of US’. A big hoarding making an appeal to Mr Obama for ensuring justice to Sikhs was displayed”. 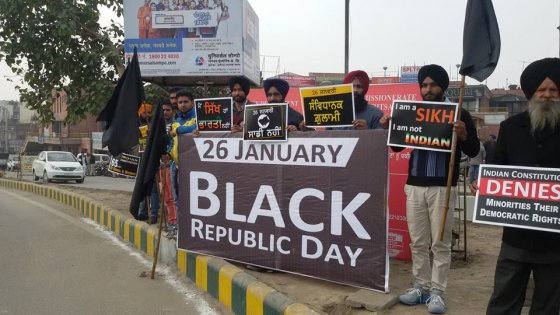 Party spokesperson Kanwar Pal Singh said Indian state claims to be a big democratic country in the world and celebrates 26 January as its republic day but its democratic claims are being badly exposed as it continuous to rob Punjab of its river waters by subverting the spirit of Constitution, denies democratic rights and distinct identity to Sikhs, imposes Hindu laws on Sikhs and suppresses legitimate struggle with militarily and police batons, bullets. 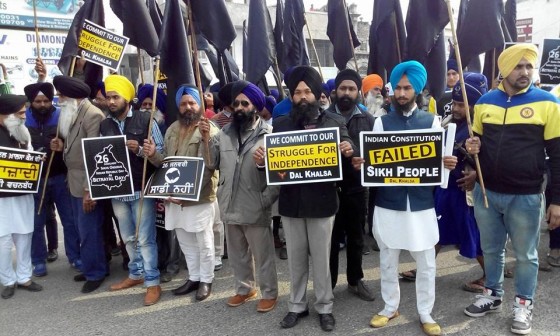 He said its regrettable that the present constitution of India denies minorities their democratic rights including right to self-determination as recognized under International Law.

Holding black flags and placards, a large number of activists of Sikh nationalist group demonstrated at Bhandari bridge for two hours. They took out march on the streets chanting slogans disapproving the Indian constitution as it denies Sikhs their distinct identity. They reiterated that their struggle for independence would continue till the mission is accomplished.

He said their activists have expressed their resentment and anger against constitutional injustices. He further said it’s time for the Indian state to undo the injustice done to its minorities through the Constitution, various laws and regulations.