Hoshiarpur: Hitting out at political chicanery of Badals, the Dal Khalsa today ridicules the non-functioning and non-performance of one-man judicial commission formed by Akali government to dig out the truth behind the sacrilege incidents terming it’s formation as eyewash meant only to cool the tempers of hurt Sikh sangat. 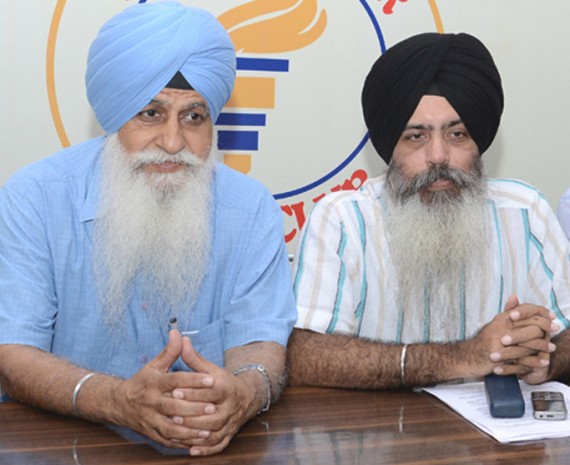 Party head H S Dhami said almost two weeks have passed and the commission led by Justice (retd) Jora Singh was yet to begin its investigation and added that the govt has not found time to even issue notification to this effect clearly showing its non-seriousness.

Notably, the commission was mandated to get into the bottom of the conspiracy behind the incidents of sacrilege of Guru Granth Sahib beside enquiring into the incident of police firing that resulted in death of two Sikh protesters on October 14,.

Dhami blamed chief minister Parkash Singh Badal and Home minister Sukhbir Singh Badal for playing with emotions of Sikh Sangat by directing the Jathedar’s to pardon the head of heretical cult Gurmeet Ram Rahim keeping an eye on dera votes”.  He criticized the Akali leadership for making the SGPC its extension counter and the present Jathedar’s as their stooges. Demanding their immediate removal, he said the present lot was responsible for defiling the sanctity and supremacy of the Akal Takhat.

Another party senior activist Kanwar Pal Singh took the Punjab government to task for not bringing the guilty cops to book who ordered the firing on Sikh protesters that led to killing of two Sikhs. He said the SIT constituted to investigate the firing incident won’t be able to do justice as police officials would hardly go against their fellow colleagues. He reiterated that inquiry by sitting judge of Punjab and Haryana High court was required in the matter otherwise probe by police officials against another policemen would mean nothing.

He told the media that their organization and the SAD (Panch Pardani) with the support and guidance of renowned Sikh scholars and historians would work to evolve consensus and prepare draft for the appointment and removal of Takhat Jathedar’s and the issuance of edicts in the light of established Sikh principles.