Hoshiarpur: Dal Khalsa appreciated the Ontario assembly resolution describing the mass killings of Sikhs in November 1984 as genocide and strongly snubbed the Indian state for miserably failing the Sikhs vis-a-vis the Sikh Genocide 1984.

We cried year after year protesting against the unfair and biased approach of India’s executive, media and judiciary but to no avail, said party spokesperson Kanwar Pal Singh.

Now India wants to mute the world, which is not possible, said party’s former head H S Dhami and SYP head Paramjit Singh Tanda. The tide has started to flow in the other direction, said they. 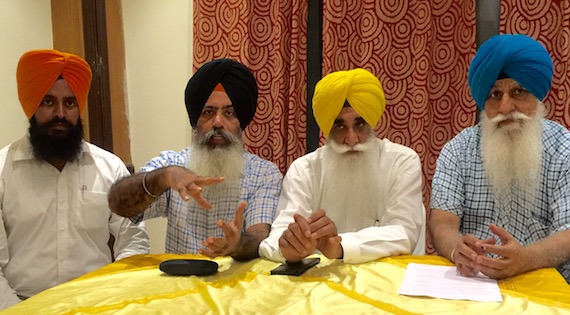 Not surprisingly, the South Block has ridiculed the recent Ontario Assembly resolution calling it intervention of foreign powers in India’s internal matter.

Has Indian state and its organs left any option for Sikhs other than to knock the doors of UN and international community for justice, they asked.

In 33 years, no small or big fish have been brought to book simply because the Indian state and all its organs played a tactical role in engineering Sikh killings, they observed.

We can say with responsibility that the proceedings of the Ontario assembly has resulted in Akalis and many others not only welcoming the resolution but urging the Modi dispensation to withdraw their criticism.

Dal Khalsa leaders said on Nov 1-3, 1984 the notion of India died. On that day, on the streets of the capital city of New Delhi, the fangs of the demons in India were given full play reducing the country to an un-civilized pre-historic society.