Amritsar, Punjab: In the backdrop of Shiromani Akali Dal (Badal)’s success in Punjab University students’ elections, the Dal Khalsa today demanded that illegal ban imposed since 1984 on student’s politics in Universities and colleges of Punjab should be removed immediately.

Notably since the beginning of Sikh struggle in the state, there has been hardly any systematic students polls in Punjab’s universities. 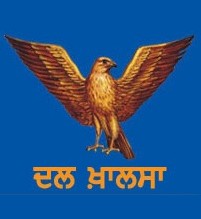 Taking a dig at Shiromani Akali Dal led Punjab government for not initiating any move to lift the ban on student’s politics in GNDU, Punjabi university, PAU etc, party’s spokesperson Kanwar Pal Singh said under the garb of the uprising in Punjab, the then government imposed unofficial and verbal ban on student’s polls in the educational institutions and this ban has been carried on by successive governments. At that time, Punjab was mostly under Governor rule and the state machinery deliberately put restrictions on students polls in order to block the growth of Sikh Students Federation in educational institutions. 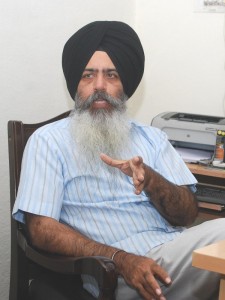 Terming it Akali Dal’s double standards, he said Akali Dal’s students wing SOI has won Panjab University students’ elections and now they were eyeing on Delhi University poll, but ironically, back in the state they had been continuing with blanket ban on polls in Punjab’s universities. He asked the Punjab Chief Minister to give statement and clear the mess on the subject.

“As reports indicates, Akali Dal is gearing up to make inroads in student’s rank and file in Chandigarh and outside state but unfortunately they had deprived Punjab students the same right and opportunity” said he. The youth of Punjab too needs an equal oppurtunity to groom, to learn and start their career during student life.

He alleged that the Akali Dal, BJP and Congress has taken undue advantage of this illegal ban and had groomed and brought forth their own sons and relatives in politics.

He said the ban in Punjab’s colleges were illegal as it was not done according to the law of the land. He said under political pressure the management’s of Universities and colleges had been blindly following unwritten directives of the state.

He said they might move to the court if the government of the day would not allow the space and opportunity to Punjab youth to get engaged in student’s politics in state run educational institutions.