Dalit Men Beaten By Mob in Maharashtra For Overtaking on Bikes

Beed, Maharashtra: Six Dalit men were allegedly beaten by a mob of 25 people for overtaking some people’s motorcycles near a petrol pump on Beed, Maharashtra, NDTV reported. Two of them have filed a complaint with the police.

The incident occurred on Friday in the Savargaon village of Beed district. About six young Dalit men on three motorcycles overtook the accused, who then forced them to stop and allegedly beat them up. According to the victims, the beating got worse after the accused saw pictures of B.R. Ambedkar on the bikes. 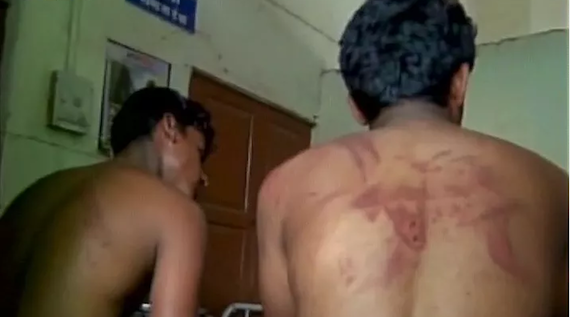 “After spotting the photograph, they beat me with a belt. They started beating us and wanted to kill us. They took me on their bike and kept threatening us and abusing our caste,” 23-year-old Akash Waghmare, one of the victims who filed a complaint, told NDTV.

No arrests have been made so far, with the police saying they were yet to identify the accused. A complaint has been registered against 25 unidentified persons.

“They had marks on their body that showed that they were beaten with belts. There were four others with these two boys but since they haven’t given us their statement, we don’t know the full story yet. We have not caught the accused yet. A case filed under Prevention of Atrocity Act has been registered,” assistant superintendent of police in Majalgaon, Hari Balaji, told NDTV.