Chandigarh: A 25 year Dalit youth Jaysukh Madhad, who recently became Sarpanch in a village in Amreli district of Gujarat, on Tuesday was hacked to death by people of upper castes on Tuesday. Mr Jaysukh Madhad was attacked with sharp weapons like swords and knives and he was declared brought dead at civil hospital in Amreli town.

As reported by media it is believed that his murder is connected with disputes in recently held village panchayat elections in which he won and became a sarpanch in upper castes-dominated Varsada village. 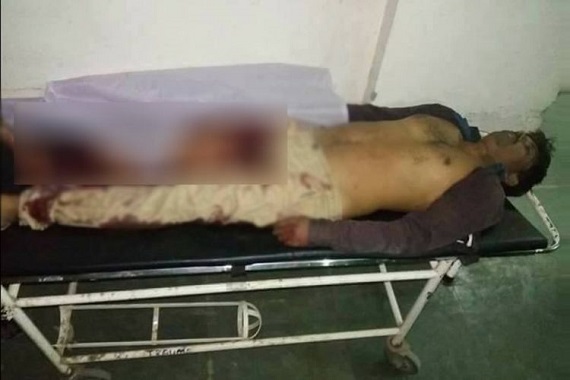 While talking with the media family members and other relatives of the victim stated that  the villagers had warned him against contesting the panchayat polls.

Following the murder, younger brother of the victim Arvind  have lodged an FIR with poilce naming three persons, Deep Dhandhal, his brother Yuvi and Madhu Vala, who allegedly attacked him in the village.

“We have lodged the complaint and launched the probe,” a senior police official from Amreli said, adding “the police would soon arrest those connected with the murder.” However, there was arrest yet in connection with the case.

Meanwhile, the murder has shocked the Dalit community in the state. “Jaysukh Madhad was killed because he dared to be sarpanch of the village,” said Dalit activist Jignesh Mevani, who had spearheaded a month long agitation in Una where four Dalits were publicly flogged by a local vigilante group for skinning a dead cow.