Faridkot: Local Sikh Sangat of Faridkot, particularly the youth, held a ‘ Turban Awareness March ’ dedicated to the martyrdom of Shaheed Krishan Bhagwan Singh and Gurjit Singh in Faridkot district on May 22.

It may be recalled here that Bhai Krishan Bhagwan Singh Behbal Kalan and Gurjit Singh Sarawan were martyred in an unprovoked fire opened by Punjab police on peacefully protesting Sikhs on October 14, 2015. The protesters were demanding arrest of culprits responsible for desecration of Sri Guru Granth Sahib Ji by holding a sit-in-strike at Behbal Klan. 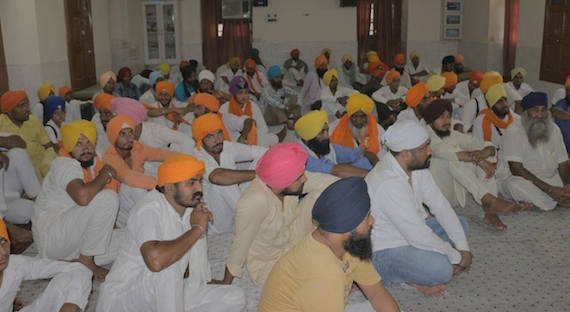 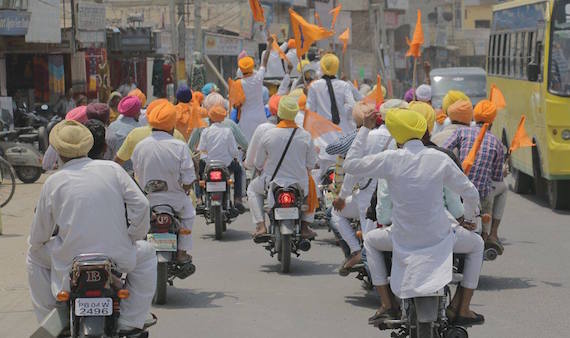 A view of Dastar March 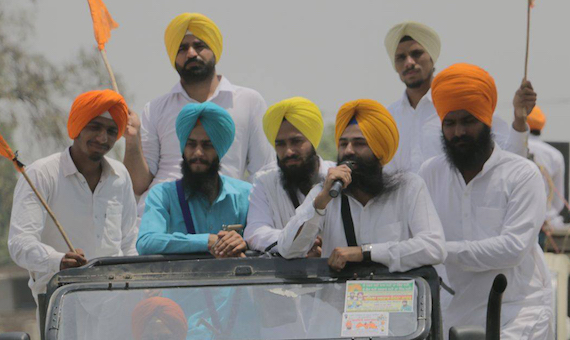 Addressing the Sikh youths at conclusion of the March, Chief Organizing Secretary of Youth Akali Dal Amritsar S. Papalpreet Singh suggested the organizers of the march to name the march as ‘Turban Freedom March’ from next time. Citing utterances of Great Sikh of 20th century Sant Baba Jarnail Singh Ji Khalsa Bhindranwale, S. Papalpreet Singh said that Sant Ji had said that we liberated the Topi (Cap) & Jneyoo (thread of Hindu belief) in 1947 but now we have to liberate our Turban. He also emphasized on the need of religious and political awareness among the current Sikh youth.