New Delhi: After last week’s warning by Maldives to India against any kind of ‘misadventure’ or ‘interference’ in the ongoing political crises in the country that could further exacerbate the already fragile situation, the republic of Maldives on Sunday rejected India’s invitation to participate in the biennial naval exercise Milan, which starts March 6, Indian Navy Chief Admiral Sunil Lanba reportedly said on Tuesday. 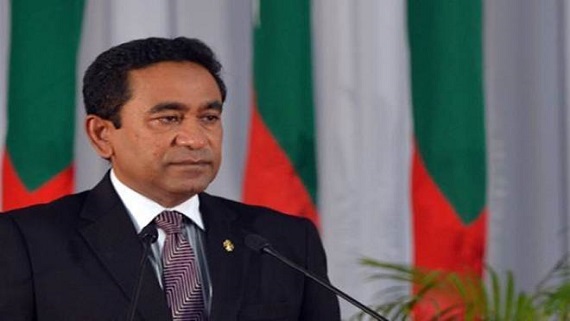 While briefing the media persons during a press conference Sunil Lanba stated that “Maldives has not given any reason for the decision” to decline the invitation for the Naval exercise.

This is a second setback to India’s diplomatic relationships with the Indian ocean based country, as Maldives foreign ministry last Thursday in a reported statement said that President Abdulla Yameen’s government takes note of the public statements issued by the Indian government that “ignore the facts and ground realities” with regard to the ongoing political developments in the Maldives.

Furthermore, it stated that  India’s assertion that the extension of the state of emergency for 30 days was unconstitutional is a clear “distortion of facts, which ignore the constitution and laws of the Maldives.” “There is no doubt that the Maldives is experiencing one of the most difficult periods in the history of the country.

It is therefore important that friends and partners in the international community, including India, refrain from any actions that could hinder resolving the situation facing the country,” reads the quote from the statement issued by Maldives foreign ministry published in an English vernacular.

Earlier, this month the Maldivian parliament accepted President Abdulla Yameen’s recommendation to extend the state of emergency by another 30 days, this decision taken by the parliament of an independent country infuriated India in a manner that it dubbed it as a “matter of concern”.