Chandigarh/Tamil Nadu: As per media reports the director of a documentary titled: “Kakkoos” Divya Bharathi has reportedly left Tamil Nadu in wake of persistent death and rape threats. The documentary directed by CPI (ML) activist is about manual scavengers and exposes the extreme exploitation based on the caste system.

Sikh Siyasat News (SSN) had earlier published a report about the abusive phone calls, death and rape threats that Divya Bharathi has been getting. 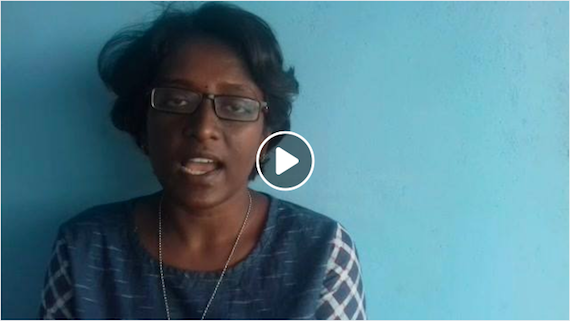 Scroll.in notes that Bharathi was arrested on July 25 for a case registered against her in 2009. She was later let out on bail. In 2009, Bharathi and six others had participated in a protest against a Dalit student’s death because of lack of proper medical attention at Government Rajaji Hospital.

“I had to go to the police station every morning at 10 to sign for the 2009 case,” the filmmaker reportedly told a News portal called The News Minute (TNM). “I was drinking tea at a stall near the station. On the fourth day, I got a call saying ‘How dare you stand and drink tea there like a man? We are coming after you, watch out!’”, TNM quotes Divya Bharathi.