New Delhi: As per the media reports emanating from Delhi a local Aam Adami Party (AAP) leader Ashish Khetan here on Wednesday approached the Supreme Court of India, claiming to have received  death threats from a “Pro-hindutva” organisation and requested police protection. 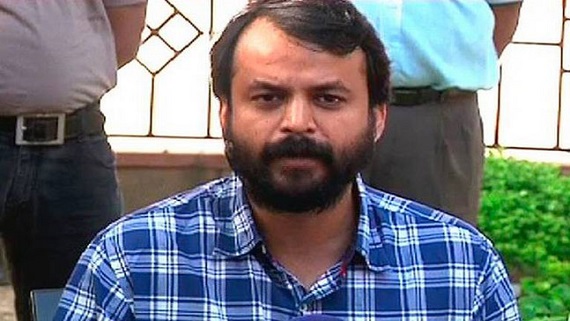 The complainant who also happens to be vice-chairman of the Dialogue and Development Commission (DDC) of Delhi — a rank equivalent to that of a cabinet minister in Delhi government filed the the petition under the rule that allows a citizen to seek direct intervention of the Indian Supreme court on the ground that his fundamental rights are being violated.

Media reports indicate that senior congress leader and advocate Kapil Sibal has  filed the petition on Ashish Kheten’s behalf which said that his right to free speech and life and liberty is under threat. His complaints to the Delhi Police and even the Union home minister have gone unheard, prompting him to move the Supreme Court of India. The “prominent” AAP leader wants SCI to order a court-monitored CBI probe and book those who have issued the threats to him.

Earlier it was advocate Sunil Fernandes who mentioned Ashish Khetan’s petition before a justice LN Rao-headed vacation bench, which did not accept his plea for an urgent hearing next week. The court said the petition would be taken up on June 5.

AAP leader Ashish Khetan in his petition alleged that a an organisation named named Sanatan Sanstha of sending him the threats. He further said the organisation wrote against him in its mouthpiece Dainik Sanatan Prabhat in June 2016, saying the former journalist should “be taught a lesson” for making statements against them. A month later, he reportedly received an anonymous letter threatening him. He allegedly received a similar letter in May this year, reads a quote from a report in an English vernacular.

Apparently, Ashish Khetan is of the view that the threats might be linked with the investigative reports that he made against the ‘pro-hindutva’ organisation during the Gujarat’s  Muslim pogrom  and exposing their  involvement in the murder of social activists. He said to have exposed the  role of Sanatan Sanstha in the  killings.