New Delhi: The Delhi High Court today dismissed Congress leader and Sikh genocide 1984 accused Sajjan Kumar’s plea to transfer the hearing of a case related to Sikh genocide of 1984 to another bench alleging bias by a judge. The case was transferred from Karkardooma court to Patiala House court by the high court which had directed the district judge to video record the proceedings at the cost of the accused.

The CBI had moved the high court challenging the acquittal of Sajjan Kumar in a case relating to killing of five Sikhs —Kehar Singh, Gurpreet Singh, Raghuvender Singh, Narender Pal Singh and Kuldeep Singh, all belonging to the same family — by a mob in Delhi Cantonment’s Raj Nagar area during the genocidal massacre of Sikhs.

While acquitting Sajjan Kumar, the trial court in 2013 had held five others guilty and awarded varying jail terms to them for being part of the mob that killed the Sikhs. 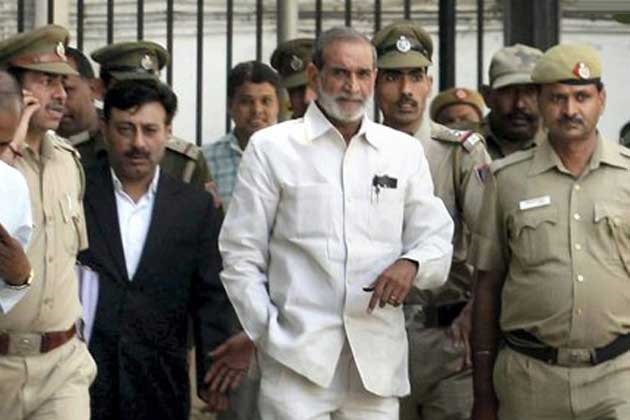 CBI special prosecutor Senior Advocate R S Cheema informed the court that the FIR in this particular case was registered only in 2005, therefore, the matter was still pending.

Sajjan Kumar and other accused had pleaded that Justice Teji was showing keen interest in the matter. Appearing for the victims, senior advocate HS Phoolka had opposed the plea contending that this kind of allegations should not be entertained.

Thirty Years of Impunity and denial of Justice