Amritsar: The people of National capital in their collective wisdom has defeated the hawkish Hindutva BJP while reposing faith in AAP, the party known for its soft Hindutva approach. The rejection of BJP Govt’s decisive, bully and fascist policies is a severe blow to Modi-Shah duo believes Dal Khalsa Spokesman Kanwarpal Singh in a statement released to media today. 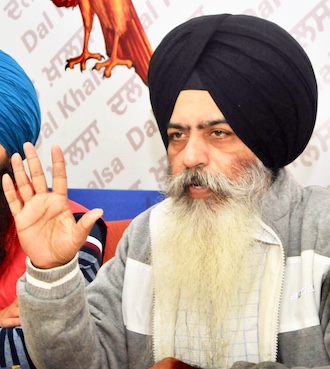 Shah, who spearheaded the BJP poll campaign and spewed venom against Muslims and those who were opposing the controversial law CAA must own moral responsibility for his party’s humiliating defeat and quit as Home Minister and return to Gujarat.

The Delhi verdict rejecting BJP is a befitting reply to Shah who while campaigning asks the electorate to press the Lotus button so hard that people sitting at Shaheen Bagh should feel current. Quite opposite, the people have given a high voltage shock to the BJP, said he.

Dal khalsa leader strongly condemned barbarism by Delhi police on Jamia protesters especially on girl students and blamed the political class for providing impunity to security forces to unleash terror on citizens. The molestation bid by pro-CAA supporters on girl students at Gargi college speaks of a new low in BJP’s rank and file.