Delhi Polls: What Could be Calculations Behind SAD (B)’s Withdrawal Move?

Dramatic events took place in the “political wedlock” of SAD (Badal)-BJP last evening. BJP’s move to keep SAD (B) out of it’s alliance for Delhi state assembly polls triggered a surprise reaction from SAD (B). SAD (B) announced not to contest the state assembly elections. 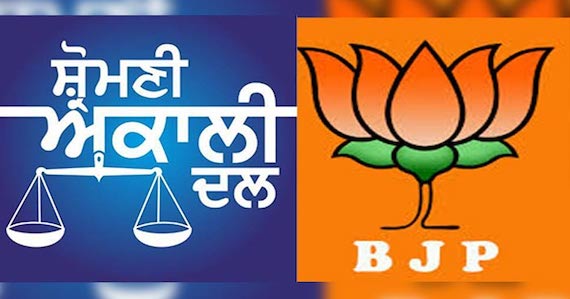 Soon after that, SAD (B) state leader Manjinder Singh Sirsa held a press conference and announced that the party has decided not to contest the election. He maintained that the stand was taken due to SAD (B)’s “principle stand” against CAA.

The SAD (B) election committee, comprising Rajya Sabha MPs Naresh Gujral and Bhunder along with Chandumajra had finalised names of four SAD (B) candidates for Rajouri Garden, Hari Nagar, Shahdara and Kalkaji seats — the same seats that SAD (B) had contested in the 2015 Delhi assembly elections.

Other seats in Delhi that have a sizable Sikh population are Tilak Nagar, Janakpuri, Adarsh Nagar, Krishna Nagar, Vishwas Nagar, Timarpur and Jangpura.

Did SAD (B) Go Flat to Save Ministership for Harsimrat Kaur Badal?

One view is that the SAD (B) move is an attempt to save the ministership of Harsimrat Kaur Badal, who is a Union minister in the Modi government.

Holders of this view say that pushed out by BJP, SAD (B) has gone flat to save Harsimrat’s seat in Modi cabinet.

OR, Its’ SAD (B)’s Pressure Tactic to Press BJP:

Another view is that the SAD (B)’s move is a pressure tactic to press BJP to adhere to Sukhbir Singh Badal’s demand about allowing all his candidates to contest on SAD (B)’s party symbol. BJP has been pressing SAD (B) to file its candidates on BJP’s election symbol.

Holders of this view say that Sikh presence matters on at least 11 seats in Delhi. They assert that the Sikhs in Delhi have always been pro-establishment. But the presence of SAD (B) used to divide votes in constituencies which have Sikh votes.

Last two elections saw the Sikhs in Delhi gravitating towards AAP. With SAD (B) not in the contest now, the Sikh vote may totally flip in AAP’s favour. It would be a factor for the BJP to worry about. Therefore, holders of this view believe that the BJP may rethink about excluding SAD (B) out of its poll alliance in Delhi. Moreover, going solo in Delhi was a less favourable, or more damaging, option for the SAD (B).