Manjit Singh G.K. President of DSGMC announced to dedicate the commemorative event to tercentenary of martyrdom of Baba Banda Singh Bahadur falling in the month of June talking to media persons in office located in Gurdwara Rakabganj Sahib. Manjit Singh G.K. also informed the media persons that Manohar Parrikar Defence Minister government of India has replied to the objections raised by DSGMC over non inclusion of Sikh regiment in Republic Day parade. He said that Parrikar has assured that in 2017 Republic Day parade Sikh regiment would be included in the Republic Day parade. 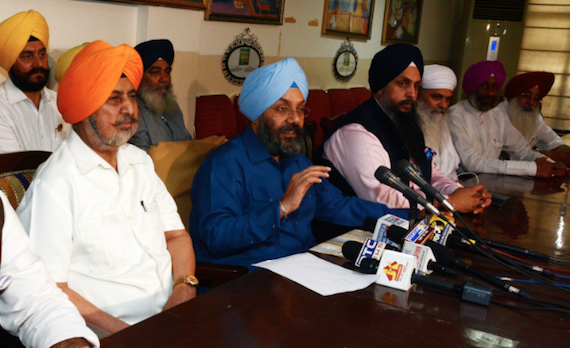 Manjit Singh GK and others addressing press conference in Delhi

Speaking on the two day commemorative function Manjit Singh G.K. said the commemorative two day event is symbol of India’s sovereignty as a one unified nation which has a glorious past. 233rd year of unfurling of Khalsa flag would be organized with full fervour like the two years, which include spiritual singing and shows to depict incomparable and unmatched facts from the history. The President of DSGMC informed that the sacrifices made by the Sikhs for making country a sovereign nation are unmatched and unparallel and people when came to know that Sikh hoisted Khalsa flag on Lal Qila they were amazed.