Chandigarh: Commenting on Government of India (GoI)’s move to block 59 Chinese Apps, including TikTok, Cam Scanner, WeChat and ShareIt, China’s Ministry of Foreign Affairs said that “deliberate interference in such cooperation will not serve the interests of the Indian side”. 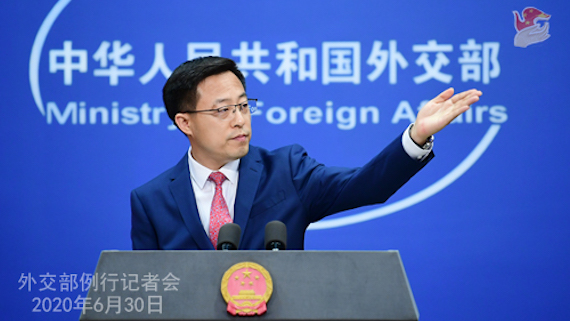 Responding to a question by an international news agency about India’s move to ban several dozens of Chinese apps in the country citing security concerns, MFA’s spokesperson Zhao Lijian said:

“China has noted the press release issued by the Indian side with strong concern and is now verifying the situation. I want to stress that the Chinese government consistently asks Chinese enterprises to abide by international rules and local laws and regulations when conducting external cooperation. The Indian government has the responsibility to protect the legitimate rights and interests of international investors in India, including Chinese businesses, in accordance with market principles. Practical cooperation between China and India is mutually beneficial. Deliberate interference in such cooperation will not serve the interests of the Indian side”.