Chandigarh: While addressing the Indian-American community on August 15, marked as Independence Day by India, Democratic US presidential nominee Joe Biden said that if elected, he would stand with New Delhi in confronting the threats it faces.

He also called for strengthening the “bond” between India and the U.S.

Presidential elections in the U.S. will be held on November 3 and the 77-year-old is challenging incumbent Republican President Donald Trump in the polls.

Joe Biden, who was vice-president in the Obama administration, said that if elected president, he would continue with his belief that US and India can become closer friends and also continue to stand with India against the threats it faces from “its own region” and “along its borders”. 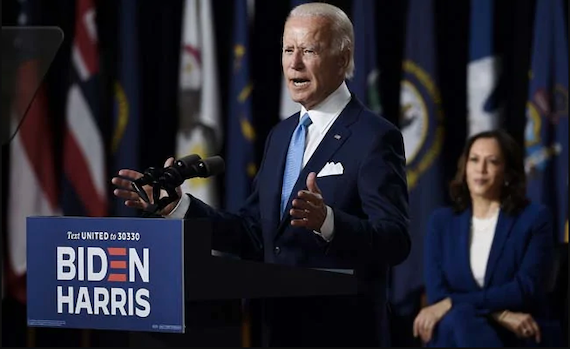 He said that he will work on expanding two-way trade between the two nations and take on big global challenges like climate change and global health security.

In wake of growing Chinese influence US is trying to strengthen its ties with the Indian state. The recent standoff between China and India in Ladakh has pushed India more closer to U.S.