Chandigarh: Aam Aadmi Party on Saturday held demonstrations at the various places in Punjab against Modi government’s decision of demonetization. AAP asked centre government to show the complete data of black money received by government after the implementation of demonization in country.

Addressing the AAP workers, AAP state convener, Gurpreet Singh Ghuggi said that Prime Minister Narendra Modi is directly responsible for the problems being faced by common people due to demonetization. He said that the farmers, traders, and small retailers are constrained to stand in long queues outside the banks due to demonetization which has immensely damaged their business. 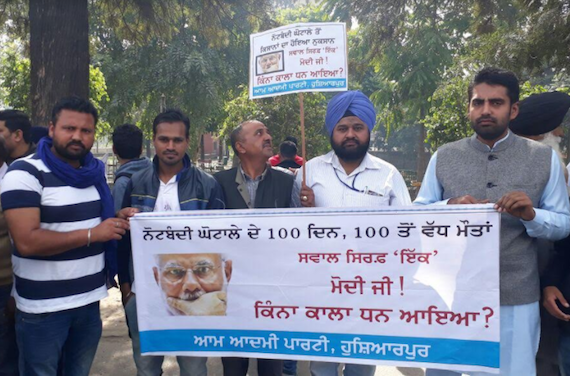 A view of protest by AAP (Punjab)

Questioning Modi over his utterances that demonetization will give sleepless nights to the hoarders of black money, while the common man will lead a peaceful life, Waraich said that the move of the Union Government has completely derailed the life of Aam Aadmi. “Does the Prime Minister think that these farmers, retailers, daily wagers and common people standing outside banks are corrupt?” he asked. 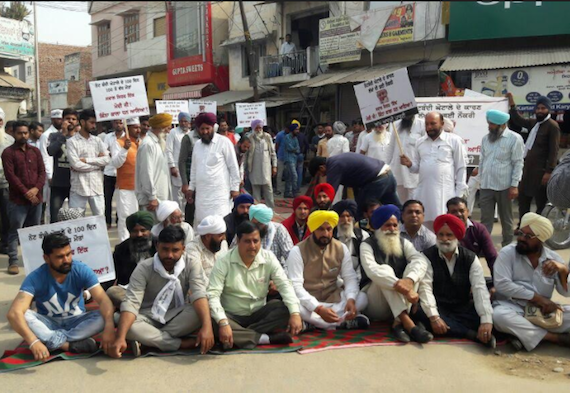 Gurpreet Singh Ghuggi said that in order to eliminate corruption, the corrupts should be targeted. PM Modi is busy in waiving off the loans of Billionaires which includes Vijay Malaya whose loan of Rs. 1200 Crores has been waived off. 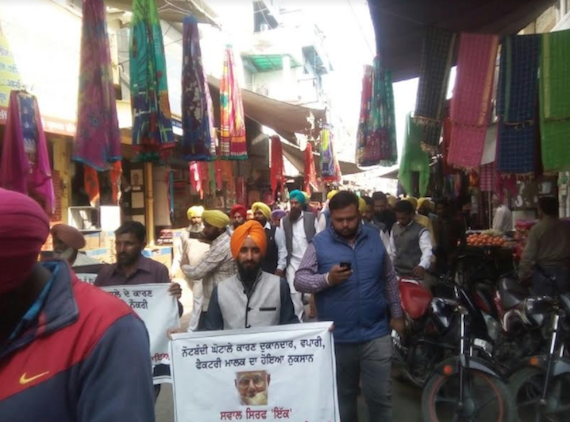 AAP leader said that more than 150 people have died throughout country because of this ‘Tuglaqi Farmaan’ of government but Modi has not said even a word about the loss of these lives. He said that has Modi realized his mistake and rolled back the decision, the people were saved from facing misery.

Waraich said that apart from traders and businessmen, the farmers faced a lot of difficulties as they had no cash to buy seeds and fertilizers. Modi has destroyed the trade, agriculture and business with his decision.