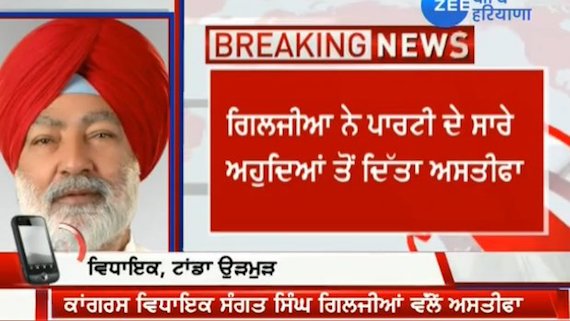 According to a regional news channel, Sangat Singh Gilzian’s announcement came after the announcement of names of MLAs to be included in the Punjab Cabinet.

Sangat Singh Gilzian was expecting that he would be included in the cabinet but after he found that he was not promoted as minister he announced to resign from all posts of Congress party. The media reports add that he has announced that he would not resign as MLA.