New Delhi: The Delhi Sikh Gurdwara Management Committee (DSGMC) said in a written statement that the Indian government has denied to extend the details of “black list” of Sikhs. DSGMC advisor Jasvinder Singh Jolly said that the government of India refused to entertain a “Right to Information” (RTI) application seeking details related to “black listed” Sikhs. “We had filed an RTI on June 12 this year, but the Intelligence Bureau that is controlled by Home Ministry of India, has refused to extend the information saying that it was “secret information” and is exempted from the preview of Right to Information Act, 2005. 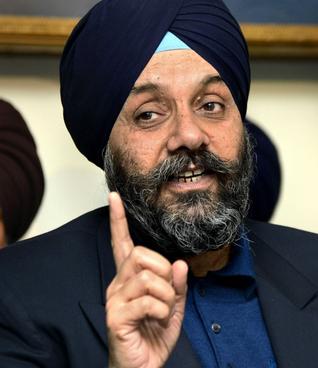 Reacting to denial of the information, DSGMC president Manjit Singh GK reportedly told Times of India (TOI): “It is unfortunate that home ministry has refused to give details of the blacklisted Sikhs to us”.

Notably, DSGMC president Manjit Singh GK had been maintaining that he will get the Indian government to finish-off the so-called black list of Sikhs.

It is pertinent to mention here that the so-called black list of Sikhs was created by Indian state after the events of 1984. This list is considered to be tool devised for harassing and discouraging the Sikh diaspora sections and thereby curb their activism.

It is notable that in January 2010 a 2-year-old New Zealand boy and his Punjab-born Sikh mother were barred from entering India after their names appeared on a so-called blacklist. The Sikh woman’s husband was active in Sikh diaspora activism in New Zealand and his wife and son were blacklisted by India supposedly for his involvement in protest against one of the Indian ministers was involved in planning and organising the Sikh genocide 1984.

In January 2009 Lakhwinder Singh Gill who currently reside in Canada, was denied entry in India. He was not even allowed to visit his native place in 2011 June to attend his father’s funeral even though his name was not there in any of the black-lists disclosed by India in 2010-2011.

In June 2011 it came into light that the so-called black list maintained by the Indian government had many major flaws. The Home minister of India sent a list of 185 persons, after “refining” the list afresh, to Punjab Government for its’ review on 14 May, 2010 but later it came into light that there were only 169 real names as 16 names were purely fictitious, due to double and triple entries. Moreover, from those 185 names many had deceased, such as Dr. Jagjeet Singh Chauhan, or were already living in Punjab, such as Wassan Singh Jafarwal, Harpal Singh Cheema and Kulbir Singh Barapind. Interestingly Kulbir Singh was handed over to India after India sought his extradition from USA, but still his name was figuring in the socalled “blacklist”.

In 2013 a Deputy Superintendent of Police (DSP) of Punjab police told the Punjab and Haryana High Court that: the name of whosoever went abroad during the period of militancy in Punjab, was mentioned in the list of ‘hard core terrorists’.