Dera Centers Will Not Be Closed: Amarinder Singh

Malout: As per the media reports the Punjab Chief Minister Amarinder Singh here on Sunday stated that the state government was not getting any dera centre vacated. “There are 98 centres of the Sirsa sect in the state, which have been thoroughly checked,” he adds. 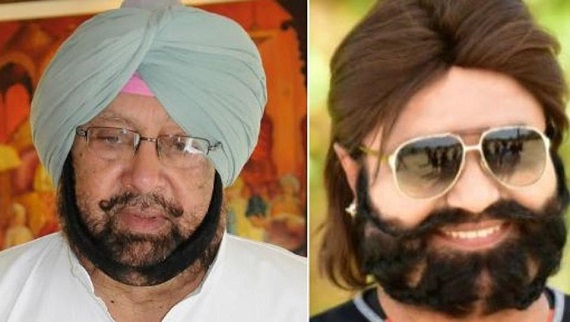 It is a general talk of the town murmured in the circles of the congress party that, it was the very support of the Dera Sauda Sirsa chief Gurmeet Ram Rahim that catalyzed the Punjab congress to the victory in the state assembly election held earlier this year.

Even after assuming the charge as Punjab chief minister Amarinder Singh, adopted a patronising approach towards Dera Sauda Sirsa by providing round the clock state police security to its centers across Malwa region of Punjab. So expecting from Punjab CM to disbanded and neutralise the Dera base and Infrastructure of Gurmeet Ram Rahim in Punjab is like trying to boil the ocean.

Moreover, during his visit to Malout, he did not meet the residents who suffered damage to their property during the violence on August 25, media reports said.

“The CM along with a number of politicians and officers came to our petrol pump today, but he neither took stock of the damage to our property nor interacted with us,”reads the statement given to the media by Ratish Dhamija, owner of a petrol pump on Chhapianwali road which was damaged by Dera Sauda Sirsa rioters on 25th August.

“If the administration had brought him to our petrol pump, he should have at least spoken to us. He just interacted with the media and returned.” Some unidentified persons had vandalised this fuel station and even tried to torch it,” he adds.

Meanwhile, former MLA Karan Kaur Brar tried to pacify the agitated petrol pump owner by giving the excuse that  the CM had deputed her to take stock of the situation, notes The Tribune (TT).