Amritsar: Members of a number of Sikh organizations of Moga district yesterday held a demonstration outside Akal Takhat Jatehdar Giani Gurbachan Singh’s house. Demonstrators demanded that Jathedars’ should withdraw their decision to grant so-called pardon to Dera Sauda Sirsa chief Gurmeet Ram Rahim. They said that the Jathedars’ decision was violative of Sikh traditions and it was announced under political influence.

Members of these Sikh bodies also held an Ardas at Akal Takhat Sahib and prayed for panthic unity. 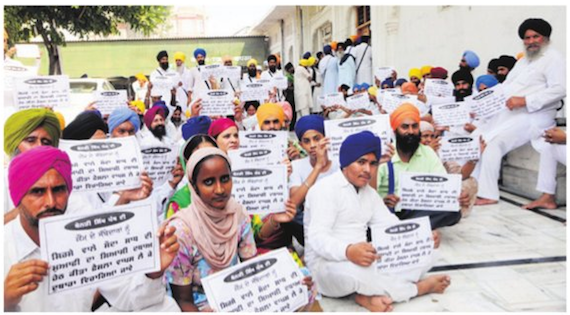