Chandigarh/ Panchkula: As per media reports the Haryana police today arrested Honeypreet, a close aide of Dera Sauda Sirsa chief Gurmeet Ram Rahim. She was absconding arrested since August 25 when the controversial dera chief was convicted in two rape cases by a CBI court in Panchkula.

Honeypreet, along with another woman, was arrested by the Haryana Police from the Zirakpur-Patiala road in Punjab, claimed Panchkula Police Commissioner A S Chawla.

Media reports say Honeypreet tops the list of 43 people ‘wanted’ by the Haryana Police in connection with the incidents of violence that left 41 people dead and several injured following Gurmeet Ram Rahim’s conviction in rape cases. 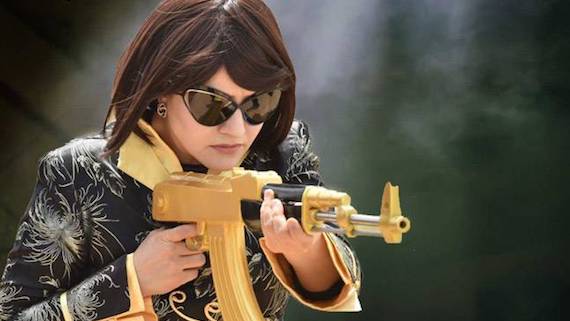 Talking to media persons at Panchkula, Panchkula police commissioner A S Chawla said, “She has been taken into custody by SIT in-charge (Mukesh Kumar) from Zirakpur-Patiala road in Punjab. She is being brought to Panchkula for questioning in connection with the incidents of violence”.

“Her role in the violence will be probed…who provided her shelter or support during her run from police will also be produced. She will be produced before a court tomorrow and we will seek her police remand,” Chawla said.

Chawla also said that another woman who was accompanying her was also taken into custody.