Ludhiana: As per information available with the Sikh Siyasat News (SSN) various leader of Bandi Singhs Riahi Sangharsh Committee, who were detained by Punjab police two days back, we’ve been brought to Civil Hospital Ludhiana today by the Punjab police.

Family members of Bhai Gurdeep Singh Bathinda, convenor of the Sangharsh Committee, informed the SSN that he was “released from Bathinda jail this morning” but “soon after his arrest he was again taken into custody by a police party that was already waiting outside the jail”. 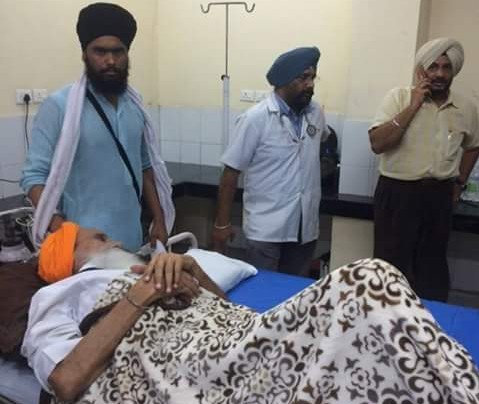 Source said that other leaders of the Bandi Singhs Rihai Sangharsh Committee are also being brought to Ludhiana.

There are reports that high government and police officials are expected to meet Sikh leaders to hold negotiations to find solution to fix over the hunger strike of Bapu Surat Singh Khalsa.