Ludhiana, Punjab: Majority of Sikh activists who were arrested in Wednesday’s (Aug. 5) crackdown by the police were released on Thursday (Aug. 06). 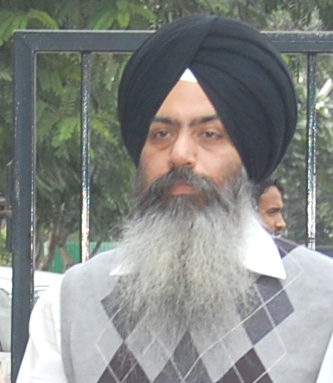 Shiromani Akali Dal Amritsar (Mann) leader MP Singh told Sikh Siyasat News (SSN) over phone that their party-men, who were arrested by the police on Wednesday, were released on Thursday evening.

It is notable that many Sikh activists were not at their home when the police had raided their houses to arrest them. Bandi Singh Rihai Sangharsh Committee member Manjinder Singh Jandi said police raided his house in Hoshiarpur, but he was not at home. Residence and office of Jaspal Singh Heran, who runs Punjabi newspaper “Pehredar“ and is actively working with the committee, was also raided at Jagraon, but he was not found. A friend of Jandi told that his personal comput er was taken away by police.

Police had also raided committee member Jasbir Singh Khandur’s residence on Wednesday night a few hours after he was released earlier in the day on a personal bond.

Police had also released 13 other Sikh activists in Ludhiana, who were arrested when Surat Singh was picked from his residence in Hasanpur village on July 21.

“We fail to understand that earlier in the day they released our activists, but in the night, police started the crackdown,“ said Jandi who was earlier involved in talks with top police brass.