Srinagar: The Jammu and Kashmir High Court has termed the detention of Kashmiri human rights activist Khurram Parvez, under the Public Safety Act (PSA) as illegal, adding that the government order was not legal and that the “detaining authority has abused its powers”.

Notably, J&K Police had detained Khurram Parvez from his residence in Srinagar on September 16, a day after he was not allowed to board a Geneva-bound flight from Delhi to attend a session of the United Nations Human Rights Council. On September 21, Parvez was booked under the PSA and lodged in Jammu’s Kot Bhalwal jail.

On Friday (Nov. 25), Justice Muzaffar Hussain Attar said in his order that District Magistrate (Srinagar) Farooq Ahmad Lone had “arbitrarily” ordered the detention and that nothing was “brought to the notice of the court” to show Parvez “as an accused”. 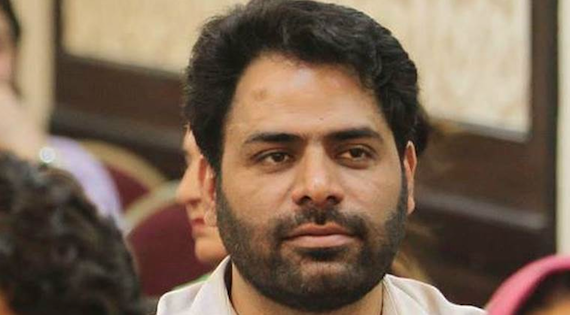 “Though it is the duty of the state and its authorities to maintain peace in society, it is equally their responsibility to ensure that laws, which they invoke to achieve such purpose, are followed and complied with honestly,” the order said.

The court also raised serious questions about the case against Khurram Parvez, and said that police witnesses made “parrot-like statements” that the activist was instigating people to raise slogans.

Finding fault with the investigation, the court said that “…these allegations are made against some other person and not the detenue, as his (detenue’s) parentage is Pervaiz Ahmad Sheikh and not Manzoor Ahmad (as recorded by police). Even (the) residential address of the detenue is different.”

J&K Additional Advocate General Mohammad Iqbal Dar had submitted that people like Parvez were enjoying “cosy lives” and that “there were three suitcases with him” with “foreign clothing” inside when he was taken to jail.

Parvez’s family accused the government lawyer of “character assassination” on Parvez who suffers from a physical disability. Family sources said that there was only one suitcase with Parvez at the time, apart from crutches and a toilet seat.

Khurram Parvez heads the Asian Federation Against involuntary Disappearances (AFAD) and is program coordinator of Jammu Kashmir Coalition of Civil Society (JKCCS). In 2006, he was conferred the international Reebok Human Rights Award, which “recognises young activists who have made significant contributions to human rights causes through non-violent means”.

In 2004, Parvez was monitoring elections in Lolab for his civil society group when an improvised explosive device blew up his car, killing his colleague and the driver. Parvez was seriously injured and lost a leg.