DGP Sumedh Saini’s Case A Classical Example Of How A State Protects Its Instrument: Dal Khalsa

Hoshiarpur: Maintaining that denial of justice has become hallmark of Indian justice system, the Dal Khalsa said Amar Kaur, who had been waging a legal battle to get justice for her son, son-in-law and driver for almost 24 years died without seeing justice being done. 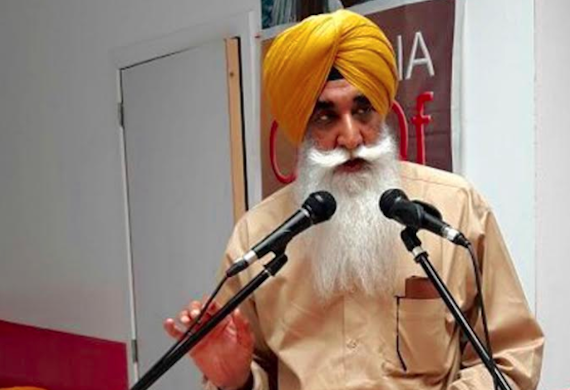 Notably, Amar Kaur’s son Vinod Kumar, son-in-law Ashok Kumar and driver Mukhtiyar Singh  were not seen again after allegedly being kidnapped by the then SSP of Ludhiana Sumedh Saini.

Raising serious questions on the justice system, party head H S Cheema said the justice in this case died along with Amar Kaur. He said the so-called long arm of the law has failed in holding high and mighty accountable for their crimes.

The case was a glaring example of how the state protects its henchman in uniform. For 24 years, the case was prolonged so that Sumedh Saini could go unscathed. He observed there are many mothers and sisters like Amar Kaur, whose sons and brothers, have gone missing after the police under Sumedh Saini’s  abducted, tortured and killed them extra-judicially. “They too have lost all hopes for justice”.

Expressing grief over the death of Amar Kaur, he said this case has left another blot on this country’s biased and blind justice system.

Furthermore, he said that Amar Kaur sent a telegram from her bed in Moolchand Hospital to the Chief Justice of the Delhi High Court on July 8, 2011, requesting him to fast track the trial and hold day-to-day hearings so that she could get justice in her lifetime and her soul could rest in peace, but to no avail.

The pro-freedom leader said that her soul won’t rest in peace as killers of his son, son-in-law and driver were free from the clutches of the law as they enjoy full state patronage.