In his letter DSGMC general secretary Manjinder Singh Sirsa referred to a recent incident of Manurewa town near Auckland where a Sikh man namely Gurpreet Singh was told that he could enter Manurewa Cosmopolitan Club only if he removes his turban which is a matter of great concern for the Sikh community. 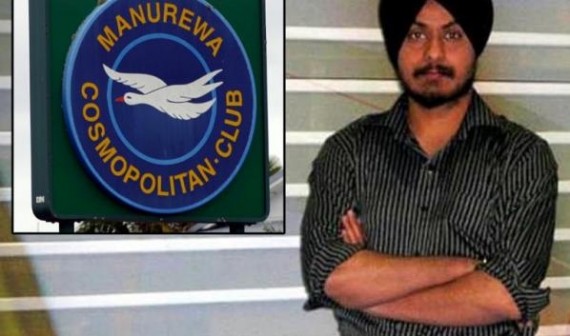 “Gurpreet Singh, a real estate agent in Auckland returned shocked and insulted as all attempts by to explain that Turban was an integral part of his faith failed to fetch a result,” adds DSGMC General Secretary demanding for addressing the turban and other five Sikh articles of faith related discrimination issue with the concerned authorities in New Zealand and take necessary action to stop and avoid such incidents with Sikhs in future because of their unique appearance.

Sirsa had also sent a copy of letter to High Commissioner of New Zealand in New Delhi for necessary action.

“I have been continuously receiving calls from Sikh Sangat around the world to do something to stop such incident repeatedly happening especially in America and other European Countries and now in New Zealand,” said Sirsa adding that Sikhs are being targeted unnecessarily because of their unique appearance.

Being General Secretary of a statutory religious body, it is my utmost and moral duty to address the discrimination against Sikhs living anywhere in the country.

Sirsa informed New Zealand PM that there are 19,191 Sikhs peacefully living in the country and they are hard working and honest citizen. Wherever, Sikhs are settled across the globe. “They have earned good reputation and made their mother and country where they are living proud. Sikhs represent parliamentarian across the world and there are parliamentarian in New Zealand also Kanwaljit Singh Bakshi and Parmjeet Kaur Parmar.