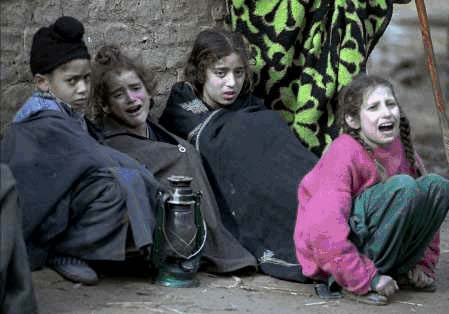 The atrocities of the Indian forces committed against the Kashmiris cannot be forgotten, e. g., more than 192,685 killings, 215,877 arrests, 110,000 disappearances, 115,665 home demolitions, by Indian Security Forces, leaving 122,675 widows and 207,218 orphans. Indian forces have been committing crimes such as rape, torture, atrocities and gross human rights violations of the Kashmiri people. Nobody is there to listen to their agony for the past 63 years.

Likewise, India has murdered over 260,000 innocent Sikhs since 1984, according to figures compiled by various human-rights monitoring groups. It has also killed more than 300,000 Christians in Nagaland since 1947; more than 500,000 Muslims in general; more than 12,000 Assamese, Bodos, tens of thousands of Dalits (“Untouchables,” the dark-skinned or aboriginal people of South Asia), Manipuris, more than 15,000 Tamils since the 1990s, and other minorities. The Indian Supreme Court called the Indian government’s murder of Sikhs “worse than genocide.”

According to a report by the Movement Against State Repression (MASR), 52,268 Sikhs are being held as political prisoners in India without charge or trial. Some have been in illegal custody since 1984, the time when India waged ‘An Undeclared war on the Sikh Homeland, Punjab (Khalistan)’. Similarly as per the report of the Association of Disappeared Persons more than 110,000 people from Jammu and Kashmir have disappeared. Instead of releasing the fate of these people, Indian authorities are claiming that these people have crossed the LoC for arms training. In fact, these innocent people either have been killed and their dead bodies have been disposed of secretly, or they are incarcerated in Indian jails in remote areas other than Jammu and Kashmir without any notice to their family members. Amnesty International reported that tens of thousands of other minorities are also being held as political prisoners.

Beginning by trying to curb militancy, it entrenched itself into the civilian life of Kashmir. So many incidents of killings of innocents at the hands of the army have taken place. Brutality of the army is disguised as defense of Nation. Army lives with the dictum that power flows through the barrel of the gun. Since June 11, 2010 112 civilians were killed in police and CRPF action. More than 3,000 people were left injured, many of them seriously and thousands were put behind bars. If Indian rulers believe the situation had turned normal then Dr. Manmohan Singh should come out and travel to any town or village. Let them remove the siege around houses and they will come to know about the ground realities.

As the saying goes, first deserve than desire. Readers may however, decide themselves, how a violator of human rights will lay down justice as a permanent member of UNSC to the other nations.