Chandigarh: The ‘drama’ being played out by pro-India Punjab politicians took an expected twist yesterday as Leader of Opposition in Punjab (LoP) and Aam Aadmi Party MLA Sukhpal Singh Khaira reportedly maintained that he was being targeted under a conspiracy. 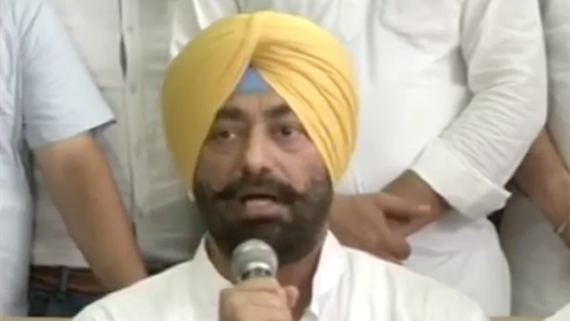 He, however, maintained that even though he not was supporter of Referendum 2020 there was a consistent policy of bias of successive governments at the Centre towards the Sikhs.

Notably, there were reports in media few days back that Sukhpal Singh Khaira supported referendum 2020 after which the other politicians of Punjab had lined up to condemn Khaira re-express their faith in Indian constitution and “unity & integrity” of the Indian state.

Political parties including the Punjab Congress, Shiromani Akali Dal (Badal), Aam Aadmi Party and their leaders including Capt. Amarinder Singh and various MLAs of the Congress party, Bikram Singh Majithia (SAD – B) and Dr. Balbir Singh (AAP) issued statements condemning Sukhpal Singh Khaira. The statement were not limited to that extent and all these parties and leaders had attempted to delegitimatise the issue of political independent of the Sikh nation.

Sikh Siyasat News (SSN) had noted in an earlier write-up that the exercise was nothing more than attempt of Punjabi’s “Subedari” aspirants to hit at the idea of ‘politically independent Sikh state’ and thereby attempt to seek favour of the Indian state.