Hoshiarpur: Giving a clarion call to make Punjab drug-free state, the march against drug menace organized by Dal Khalsa and supported by a dozen village panchayat’s termed the drug suppliers as enemies of society.

Holding policemen, politicians and the government all responsible for allowing the situation to reach at the alarming position, the organizers who were at pains to witness the deaths due to drugs submitted the memorandum addressed to Deputy Commissioner urging the administration to curb the menace before it takes more lives. 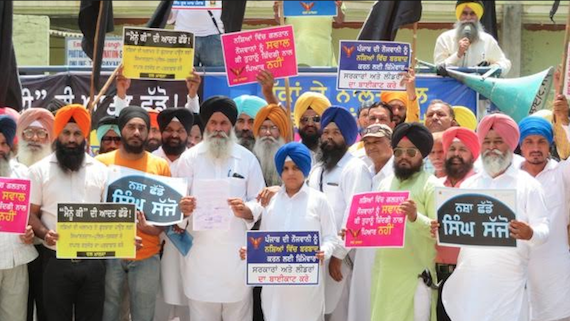 Carrying black flags and placards, the protesters marched on motorcycles and tractors from village to village urging the people to end the conspiracy of silence on drug abuse and expose political-police-smuggler nexus. They asked the villagers to impress upon the panchayat’s to pass a resolution for social boycott of those who indulged in drug trade. 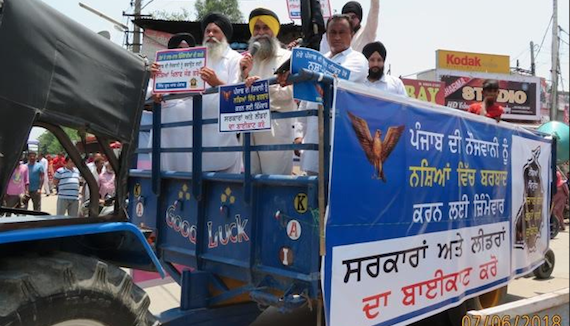 Dal Khalsa district president Harvinder Singh Harmoyae the organizer of the march said “What we fail to realize is that the drug menace has taken monstrous shape and unless we all join hands and wage a war, it will consume the next generation, or most of it.

He said the state machinery including the police, either due to negligence or as part of a grand design is ensuring the availability of drugs from other states and the politician who has his eye on the voter list is allowing the drug trade to flourish. 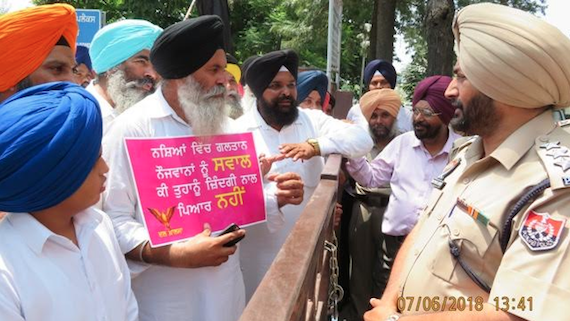 The people are sitting on an epidemic of drug abuse. Says Dal Khalsa organizing secretary Ranbir Singh, “We believe that it is part of a design to engage the Punjabi youth in drugs to mar their political consciousness and to counter the fighting spirit in them”.

The participants in the march were of the view that policemen were active players in drug trafficking. The widespread use of alcohol and drugs during every elections at all levels has worsened the situation.