New Delhi: Delhi’s Sikh Gurudwara Management Committee (DSGMC) here on Thursday while footing a confession tweeted  by Punjab chief minister Amarinder Singh on last Wednesday (17th May) in  which he admitted that 21 Sikh militants were killed in a staged encounter, has sought a CBI inquiry and an FIR against Amarinder Singh. 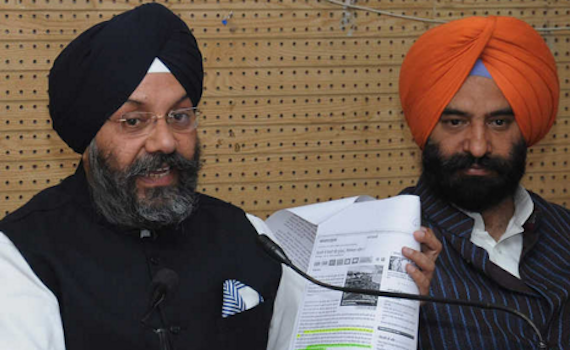 Addressing a press conference, DSGMC president Manjit Singh GK and general secretary Manjinder Singh Sirsa quoted Punjab CM’s tweet as follows, “I felt betrayed by then PM Chandra Shekhar after 21 Khalistani militants I arranged to surrender were killed. Never spoke to him after that.”

“This is a confession by the CM, but who will take action?” they asked.

Both the DSGMC officials reportedly maintained that they would meet Prime Minister Narendra Modi to seek a CBI inquiry against the CM. They also announced to approach the National Human Rights Commission for getting an FIR registered against the CM, notes The Tribune (TT).

Meanwhile, media further reported that both Manjit GK and Manjinder Sirsa  stated that 21 Sikh militants were lodged in a jail after they had surrendered. Later, they were killed in a fake encounter. Their killing was a murder of the judicial system, the Badal Dal leaders added.“If our appeal for a CBI inquiry is not accepted, the DSGMC will go to court,” they further claimed.

ALSO READ: Capt. Amarinder&#8217;s Tweet is Yet Another Admission to Extra-Judicial Killings in Punjab