GK claimed that the foundation stone of Indian constitution was laid by Guru Tegh Bahadur Ji, the nine Sikh Guru. He said the Guru Sahib had attained martyrdom to uphold the right to freedom of religion. He maintained that such was an important part of the Indian constitution. 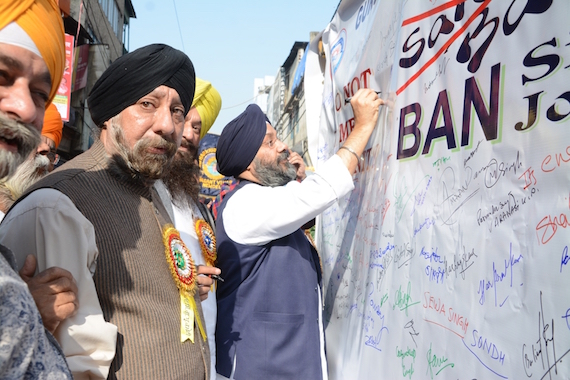 Manjit Singh GK and others

DSGMC chief’s statement looks absurd in wake of the fact that the Indian constitution denies distinct religious existence of the Sikhs and clubs the Sikh religion with Hinduism.