New York: Delhi Sikh Gurdwara Management Committee (DSGMC) has announced to approach the Indian government to urge it to scrap the black list of Sikhs living abroad and pave way for their return to their roots to meet their near and dear ones and show their motherland to their children.

In a written statement sent to the Sikh Siyasat News via email the DSGMC president Manjit Singh GK that he has held meetings with “Sikh representatives” at New York and Washington who told him about the grave issue concerning the Sikh community. The statement says that Manjit Singh GK is currently touring United States of America. 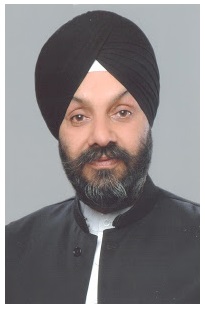 “I am surprised to know that not only the Sikhs whose names are in black list are not given visa’s to travel to India but there is another hidden blacklist having names of around thirty to forty thousand Sikhs and their family members who are also not given visa by Indian embassy” said GK.

He said that Congress government had totally ignored the plights of Sikhs living away from their country and not been able to return but now there was a need to bring them back to mainstream.

“I have come across hundreds of families in US whose second generation children are also being denied Indian visa” he said.

While siting the example of announcement of the then Home Minister Mr. P Chidambaram of granting general amnesty to Kashmir youth who had illegally crossed over to POK to return to mainstream, GK said the government should also consider announcing general amnesty to Sikhs who had gone to foreign countries post 1984 fearing government action against them.

“DSGMC will propose government to announce general amnesty to the Sikhs whose names are in black list” he said. This will help thousands of Sikh living not only in US but also in UK, Canada, France, Germany and other countries.

He said during meeting with these Sikh families he could observe the simmering anger among them against Indian government for denying them to visit to their roots. He said these Sikhs were well settled in US and were law abiding citizens, tax payers and had given jobs to local Americans. “I am sure that Indian government will take a sincere and sympathetic view to their plights and open gates for them to visit India” he said.

GK has reportedly asked affected Sikhs to tender him their details which, he said, would be submitted to Indian government. He said that the DSGMC will seek review of the black list of Sikhs.