Chandigarh: The senior counsel Anupam Gupta on Thursday asserted before the Punjab and Haryana high court that enforcement directorate (ED) deputy director Niranjan Singh is facing pressure ever since the name of former Punjab minister Bikramjit  Majithia had surfaced before the high court during the hearing of a drug haul case.

As reported by the media sources the assertion from Anupam Gupta came after the ED had asked Niranjan to change his counsel before the HC in the case.

Niranjan Singh on the other hand had engaged Anupam Gupta while challenging Centre’s orders transferring him out of Punjab. When the matter came up for hearing before the HC on Thursday, Gupta submitted that in November 2017, the court had asked the special task force (STF) probing drug cases in Punjab to prepare a report on the issue after consultation with Niranjan, who had questioned Bikaram Majithia in December 2014. 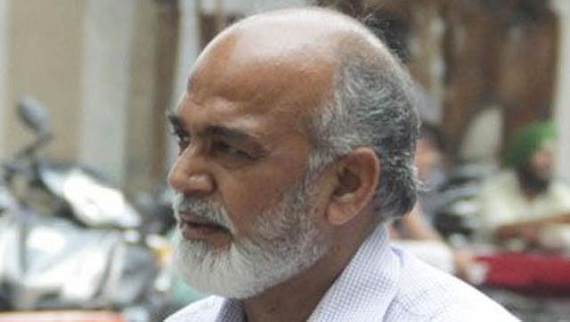 As SAD (Badal) is an alliance partner of BJP in the state which is currently in power at the Centre, the Central probe agency has been mounting pressure on Niranjan Singh because the state was not serious about taking action Bikaram  Majithia, Anupam Gupta adds.

Apparently, the aforesaid submissions were reportedly made by Anupam Gupta after the counsel appearing for ED submitted a letter before the court, informing it that Niranjan Singh had written a letter to Gupta, asking him not to represent him in this case as his transfer orders had been revoked, media reports said.

Surprised over the development, Anupam Gupta claimed before the bench that Niranjan Singh was threatened by senior officers with outright suspension if he did not disengage him. “The ED at the highest level was threatening and targeting lawyers. Repeated threats were extended at a time when Niranjan was mourning his father’s death,” Gupta reportedly added in his statement.

On this, the counsel for ED informed the bench that Niranjan had only been advised to appear through a lawyer authorized by the department. During the hearing, the ED also submitted a status report of the case after which the court adjourned the case for May 9, notes Times of India (ToI).