Bhopal: As per media reports [e]ight members of the Students of Islamic Movement of India (SIMI) escaped from the Bhopal Central jail after killing a security guard on duty. 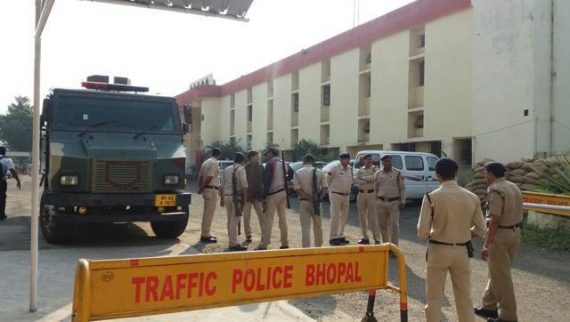 As per initial reports, they used a rope made out of bed sheets to climb the wall of the jail at around 3-4:00 am in the morning. The whole city is being condoned off by the police to nab the escapees.

They killed the guard by slitting his throat with steel plate and glass after overpowering him, the DIG said.