Bathinda: As per information available with the Sikh Siysat News (SSN), S. Jarnail Singh, elderly resident of Hamirpur village in Bathinda, was badly beaten up after he had slapped hard Punjab’s Panchayat Minister Sikandar Maluka during a meeting of ruling Shiromani Akali Dal (Badal) in Hamirpur village. He was admitted to Faridkot medical college and hospital at around 10 pm under unconscious state.

Harmirpur villagers, who had brought S. Jarnail Singh, aged 65, to Faridkot medical college told Sikh Siyasat News (SSN) that Jarnail Singh was not member of any political outfit and was a persons with religious and spiritual inclement. 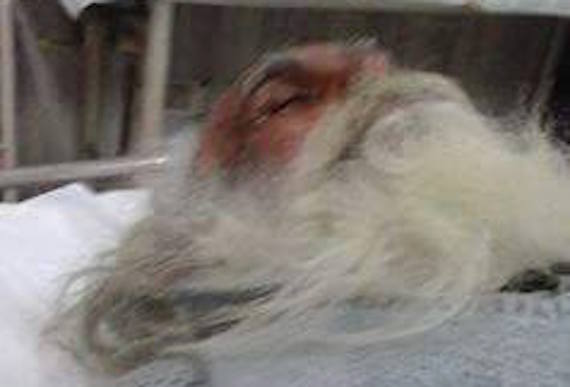 Source told SSN that Jarnail Singh was allegedly beaten up by members of youth brigade of the ruling party who were accompanying minister Sikandar Maluka. He was reportedly taken away by members of the youth brigade and was later admitted by the police to Civil Hospital, Bhagta Bhaika.

S. Jarnail Singh’s villagers told SSN that they rushed to civil hospital, Bhagta after they received a call from the hospital staff about Jarnail Singh.

On being contacted Bathinda SSP Swapan Sharma said that Jarnail Singh referred to Faridkot Medical college by Civil Hospital of Bhagta Bhaika. Bathinda police chief defended Maluka and his associates saying that Jarnail Singh was “beaten up by villager as he had spoiled a village function”.