Fresno: A 68-year-old Sikh man named Gurcharan Singh Gill was reportedly stabbed to death in California’s Fresno city of the United States of America (USA) on January 1. The police has reportedly launched a hate crime investigation into the incident. Fresno Police says this was the first homicide of the year in the city.

Gurcharan Singh Gill, an employee at local store was stabbed to death at Shields Express Mart at 1107 W. Shields Avenue, just east of West Avenue at 3.30 pm on Jan. 1.

As per media reports [w]hen officers of the Fresno police department arrived at the scene, they found an elderly man lying in the shop. 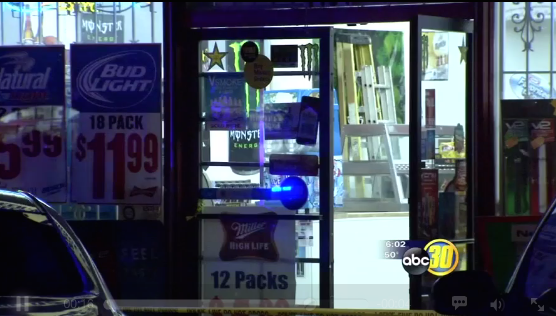 Store where the victim was employed. Photo source: A screenshot from abc30 online video.

An emergency medical team tried to provide first aid but it was determined that Gill had already died, Fresno Bee reported.

The motive and cause of the death are not known yet.

It may be recalled that on December 28, another elderly Sikh man, Amrik Singh Bal, was brutally assaulted by two persons in Fresno. No arrests have been made in either case.

The police have appealed to the local people to report if they find any leads to the incident.